It has come to the notice of the DC Office that some unscrupulous villagers have been hunting, trapping and killing Amur Falcons in Mon district 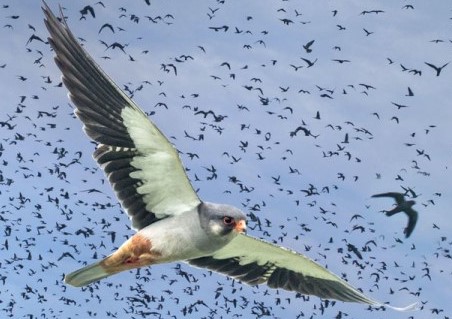 The district administration of Mon in Nagaland has banned the hunting, trapping, killing or selling of Amur Falcons.

The Deputy Commissioner (DC), Mon, Thavaseelan K, in an order issued on Nov 2019 stated that Amur Falcons are under the Wildlife Protection Act, 1972 as such, hunting, trapping, killing or selling of Amur Falcons for food or possession or otherwise could lead to three years of imprisonment or a fine of Rs 25,000/- or both under Section 51 of the said Act.

It has come to the notice of the DC Office that some unscrupulous villagers have been hunting, trapping and killing Amur Falcons in Mon district. Now, therefore, all Administrative officers and the Village Council under Mon District have been directed to strictly enforce this order along with Police and Forest Department.