Algapur MLA, Nizamuddin Choudhury has come forward to extend his help for the children 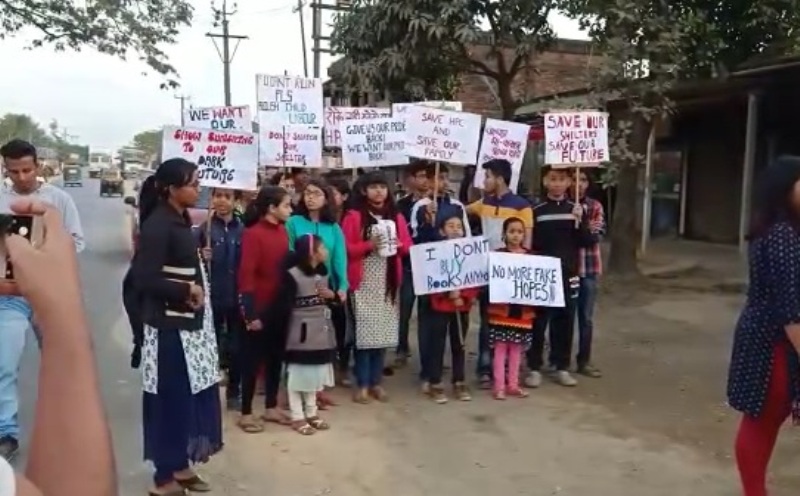 A group of around 10-15 children of the Cachar Paper Mill employees ventured into the streets and sought for a donation from shopkeepers, street vendors urging the commercial establishments to back their education.

“We are helpless now. My father does not have a job and cannot feed us anymore. We have lost our hopes and aspirations,” said a child.

“We don’t buy books anymore…we want to study. What will happen to our future?” another child questioned.

It may be mentioned that the closure of the mill has rendered not just the employees poverty-stricken but most of the families’ livelihood has been affected.

Meanwhile, Algapur MLA, Nizamuddin Choudhury has come forward to extend help for the children. He added that the issue will be presented in the next session of the Assam Assembly so that the dues are cleared by the state government.

It may be mentioned that the Cachar Paper Mill at Panchgram in Hailakandi district and Nagaon Paper Mill at Jagiroad in Morigaon district, have been lying non-functional since October 2015 and March 2017.

Earlier, Minister of State for Food Processing Industries and MP from Dibrugarh Rameswar Teli had announced that the paper mills would start it’s operations very soon. A three-judge bench of the National Company Law Appellate Tribunal on May 29th, 2019 had passed an order to make the Nagaon and Cachar paper mills functional.

Meanwhile, the National Human Rights Commission (NHRC) has ordered the Union ministry of heavy industries to submit the report on a petition filed by the Cachar Paper Project Workers’ Union on the two non-functional paper mills in Assam on or before January 16th, 2020.

It may be mentioned that the Hindustan Paper Corporation(HPC) on December 23rd, 2019 issued an order for the employees to vacate all HPC quarters by January 31, 2020. The mill workers, however, said that they will not to comply with the order till their dues are paid.