“If My Son is Worthy, He will Win”: Akhil’s Mother

I am optimistic that Akhil will get a lot of votes, said Priyada Gogoi 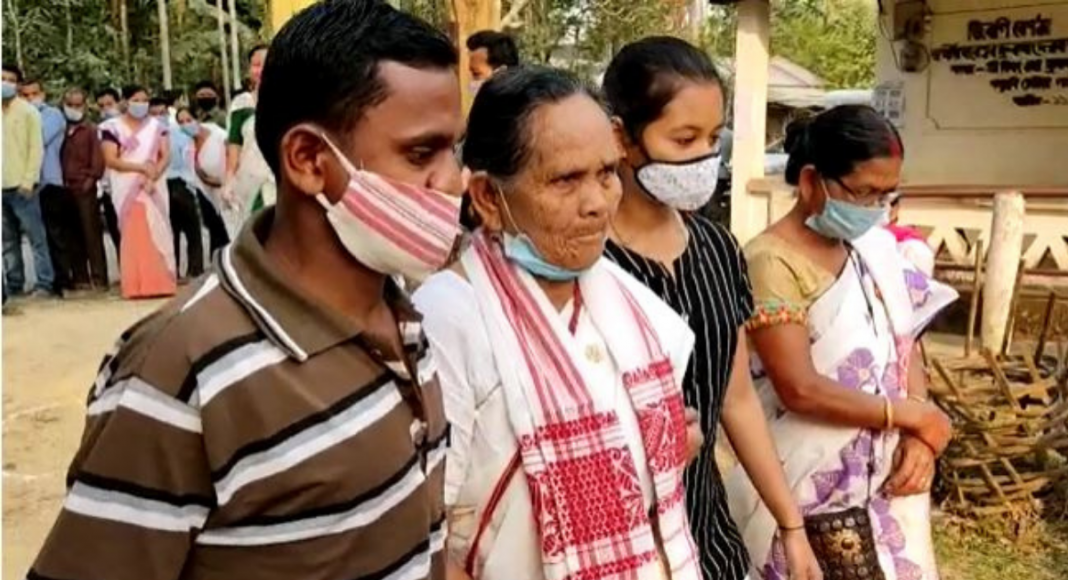 Guwahati: “My son will win by a huge margin” claimed Priyada Gogoi, mother of Raijor Dal president Akhil Gogoi while casting her vote at Barguri polling station in Mariani on Saturday morning.

She later headed to Sivasagar after exercising her franchise.

Priyada Gogoi seemed hopeful that her imprisoned son Akhil Gogoi who is contesting from Sivasagar constituency will win with a huge mandate.

Speaking to media, Priyada Gogoi said, “If my son is worthy, he will win for sure. I will not urge for votes in his favour. I have faith in the people of Sivasagar. I am optimistic that Akhil will get a lot of votes.”

It is to be noted that the main attraction of the first phase of polling has been the Sivasagar and Duliajan constituencies. The victory of the imprisoned leader has already been hailed by many on social media.