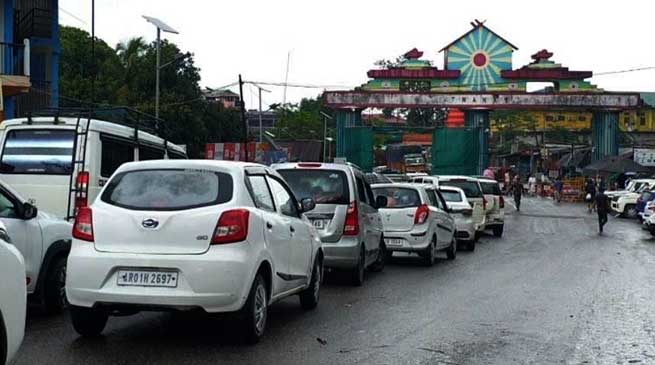 GUWAHATI: The Rashtriya Janata Dal (RJD) Assam on Tuesday reiterated its demand for Inner Line Permit (ILP) system and urged the Government of India to reinstate the Bengal Eastern Frontier Regulations (BEFR), 1873 in Assam to ensure the protection of indigenous peoples’ rights and privileges over land and resources.

Talking to Time8, RJD Assam president SS Mustafa said, “Exploitation over land and natural resources by certain corporate giants and politically influential individuals from outside the state has been a major concern in Assam ever since the independence of India. It has led to deprivation and suppression of the indigenous people of Assam in their own motherland. Hence, we demand the Centre reinstate the British Raj’s Regulation in Assam at the earliest to strengthen the indigenous people to exercise their rights over land and other natural resources.”

Citing the examples of Arunachal Pradesh, Nagaland and Mizoram, Mustafa observed that had the ILP been in force in Assam, the present political turmoil and indigenous people’s fear of losing its rights and privileges over their own resources would not have come to prevail.

“If the government of India can continue implementing the ILP system in three of the states in Northeast why cannot in Assam,” Mustafa argued.

ILP is an official travel document issued by the Government of India to grant inward travel of an Indian citizen into a protected area for a limited period. Visitors are not allowed to purchase property in these regions.

Presently, the ILP has been in force in the states of Nagaland, Arunachal Pradesh and Mizoram. Earlier, the Meghalaya was also underwent political turmoil while demanding for ILP implementation in the state.

In 2012, the Manipur assembly passed a resolution to the government, seeking the implementation of the ILP system in the state. Earlier, the state government of Manipur also introduced the Manipur Regulation of Visitors, Tenants and Migrant Workers Bill 2015. However, the bill was later withdrawn after it earned the wrath of the Joint Committee on Inner Line Permit, who felt the bill failed to safeguard the interests of the indigenous people.