In A First, Assam MP Delivers Speech In Bodo Language In Rajya Sabha 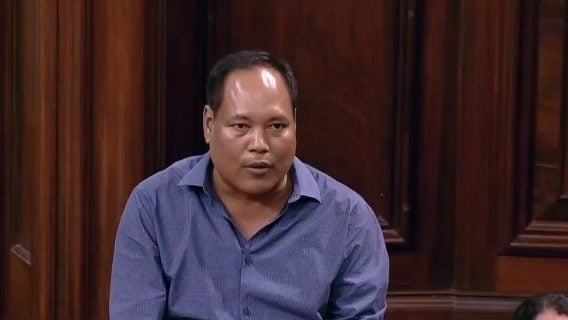 Rajya Sabha MP from Assam and Bodoland Peoples’ Front leader Biswajit Daimary spoke in his mother tongue as he addressed the House. Members of the Rajya Sabha had assembled to pay their vote of thanks to the President of India on June 20th, 2019.

It may be mentioned here that the Rajya Sabha members are allowed to speak in any of the 22 languages, including the Bodo language, listed in the 8th Schedule of the Constitution. The decision was taken by Rajya Sabha Chairman M Venkaiah Naidu in June last year.

Addressing the House, Daimary said, “Bodo is a rich language. This particular language is a storehouse of words in the entire world through which you can express any emotion or describe any object. However, we have not been able to reach out to a large section of people about this language. The researchers have not yet been able to determine from where and when the Bodo language originated.”

He was first elected from 2008 to 2014. He was elected for a second term ending April 2020. “Bodo language is one of the oldest languages in the country and is widely spoken in many regions in Nepal, West Bengal, and Bangladesh,” he added.

Daimary also demanded the government to track the activities of the interlocutors and progress of peace talks with the rebel groups in the Northeast.