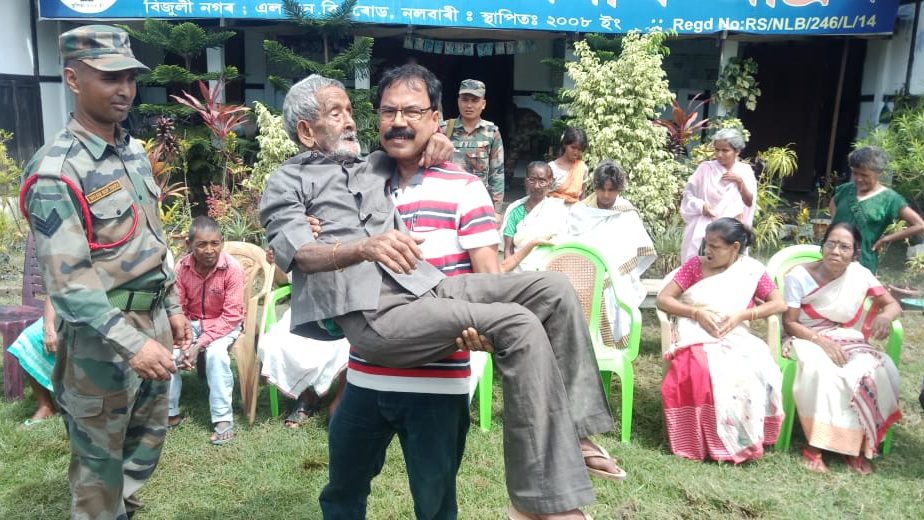 In an exemplary show of communal harmony and brotherhood, a Muslim man performed the last rites of a 105-year-old inmate of Nalbari Shanti Nivas Old Age and Orphanage who breathed his last on September 30th, 2019. The last rites were performed as per the vedic rituals by Majibur Rahman, a journalist and social activist.

The deceased, Phatik Chandra Das a resident of Ghuramara Hati of Barpeta, was the elder-most among his four brothers. He was living with his daughter after the demise of his wife but as his health deteriorated with age, his daughter brushed aside her father.

Das approached the Barpeta Social Welfare Office seeking a roof over his head and food to sustain. Later, he was sent to a Guwahati-based old age home. But they refused to keep him as he failed to pay the fees. Das returned to Barpeta where Rahman rescued him and took up all his responsibilities including his medical treatment.