PM Modi, Amit Shah, other Ministers and thousands of top politicos paid their last respect to the Minister 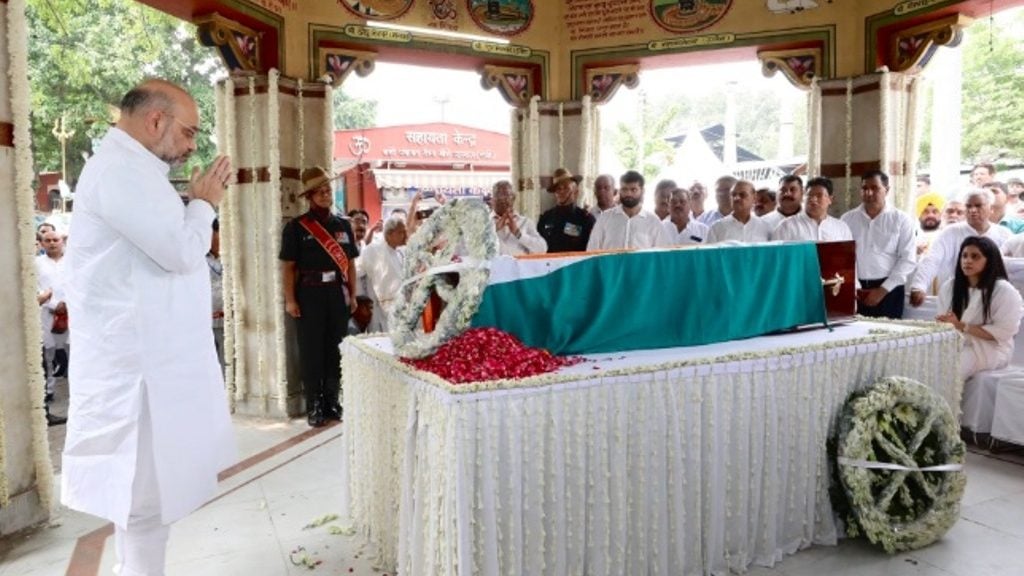 The senior BJP leader who died due to multiple organ failure was admitted at the AIIMS two weeks ago. The mortal remains were first taken to his residence in Kailash Colony yesterday and later shifted to the BJP headquarters today.

A gamut of political leaders reached the BJP office to pay their last respect to the BJP stalwart. On the morning of August 25th, 2019, his body wrapped in a tri-colour, carried in a flower-decked vehicle was taken from the BJP office to the Nigam Bodh Ghat through a funeral procession amid spells of rain.

In the year 2018, Jaitley suffered from kidney ailments and had a kidney transplant which forced him to take a break from the Modi 2.0 government. A lawyer by profession, Jaitley was among the leaders who were jailed by the Indira Gandhi government during the Emergency period. He is survived by his wife and two children.