Gowda, who is a part-time construction worker, hails from Moodabidri in Dakshina Kannada district of Karnataka 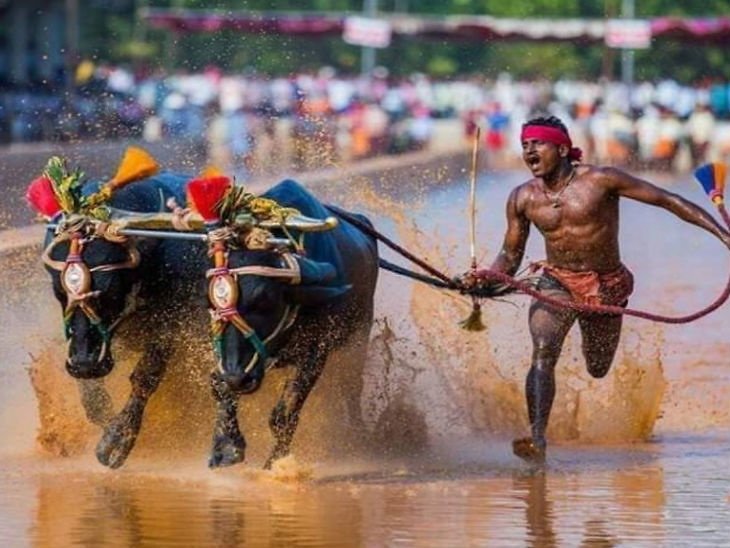 28-year-old Krinivas Gowda, a Kambala jockey from Karnataka, became an overnight star after he reportedly completed the 142m race in just 13.42s.

Kambala is a traditional sport from Karnataka where farmers sprint with a pair of buffaloes on slush tracks. Netizens are now comparing Gowda with Olympic gold medallist sprinter Usain Bolt after his swift sprint in a buffalo race.

Gowda’s swift sprint makes him the fastest runner in the history of the traditional sport breaking a 30-year-old record, as per media reports. After netizens highlighted his feat, Sports Minister Kiren Rijiju said he will invite Gowda for trials by top SAI coaches.

Rijiju mentioned that the officials have contacted Gowda and he will reach the SAI centre on February 17th, 2020. “I will ensure top national coaches to conduct his trials properly,” the Union Minister tweeted.

Gowda, who is a part-time construction worker, hails from Moodabidri in Dakshina Kannada district of Karnataka.

However, Gowda played down the comparisons to the Jamaican retired sprinter. He (Bolt) is a world champion, I am only running in a slushy paddy field,” he said.

A kambala is an annual buffalo race held in Karnataka between November to March. Animal lovers and animal welfare organisations have criticised Kambala as cruel to the racing buffaloes, which are driven by whips.