‘Ineligible People’ to Be Removed from Assam NRC List

Assam government has been pressing for a re-verification — 20% in border districts and 10% elsewhere — of the final NRC, claiming that names of illegal infiltrators have been added into it 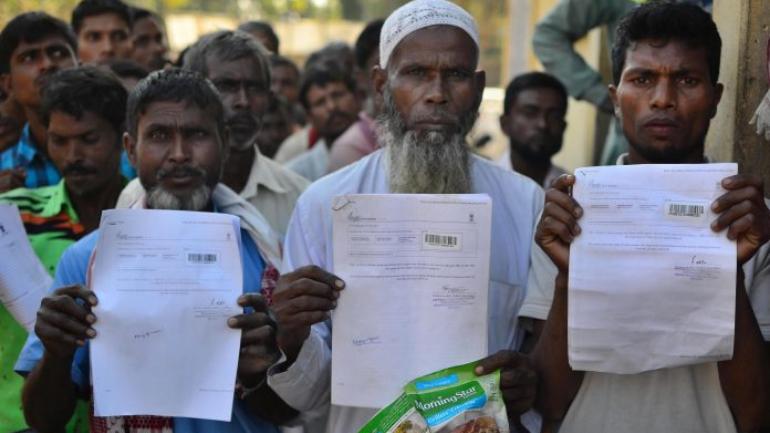 GUWAHATI: The National Register of Citizens (NRC) authorities have directed the district administrations across the state to delete the ‘ineligible’ names from the final list of the NRC prepared last year.

The instruction came at a time when the state government has been reiterating its displeasure over the NRC final list which is held as ‘erroneous’.

Assam government has been pressing for a re-verification — 20% in border districts and 10% elsewhere — of the final NRC, claiming that names of illegal infiltrators have been added into it. It had accused former NRC coordinator Prateek Hajela of preparing a ‘faulty’ NRC.

The NRC, published in August last year excluded some19 names out of around 3.3 crore applicants.

In the latest development, NRC’s current state coordinator Hitesh Dev Sarma shot letters to the deputy commissioners of the districts in the state and asked to remove all the names of those who were either declared as foreigners by Foreigners Tribunals (FTs), persons marked as Doubtful Voters (DV) by the election officials or persons whose cases are pending before the FTs and their descendants but were added to the NRC.

Sarma instructed the DCs to issue speaking orders for deletion of such names after ascertaining the identity of the person. The district administrations were asked to submit the list of such persons citing the reasons for deletion of their names.

Earlier, state chief minister Sarbananda Sonowal said, “Assam is not ready to accept the NRC in its current form and we want a fair and correct NRC with no names of infiltrators. We have appealed before the Supreme Court for re-verification of the final NRC.”

The NRC process, done under the direct monitoring of the apex court, remained frozen for months now with SC yet to give its further directions and the NRC authorities yet to issue the rejection slips to those who were excluded from the NRC final list so that they can appeal before the FTs.