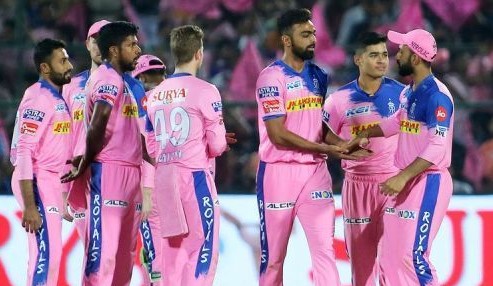 After the long wait on the venue announcement for the Rajasthan Royals (RR), the Board of Control for Cricket in India (BCCI) finally revealed that two of the franchise’s home games will be played at the Barsapara Stadium in Guwahati.

The Barsapara Cricket Stadium in Guwahati will play host to two home games of RR in April. They will now play Delhi Capitals and Kolkata Knight Riders on April 5th and April 9th, 2020 respectively in Guwahati.

The RR boys will train from February 27th-29th, 2020 in Guwahati. Seven players including Riyan Parag will practice three hours daily starting from 4 pm.

Both games will have an 8 PM IST start. The schedule for the two matches is as below.

The stadium last hosted T20I match India vs Sri Lanka in January before rain played a spoil-sport as the match was announced without a ball being bowled.