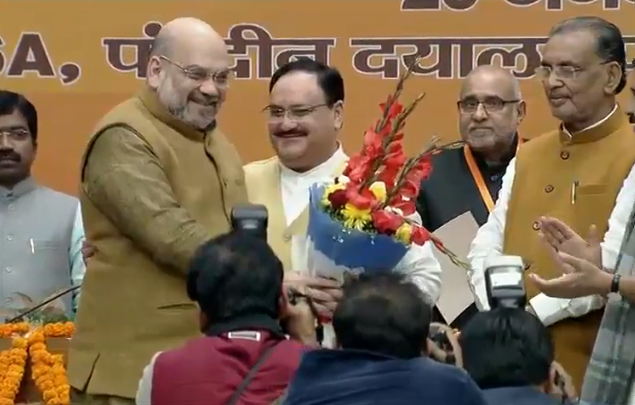 BJP working president JP Nadda officially took over as the Bharatiya Janata Party(BJP) Chief on January 20, 2020. He was elected unopposed since he was the only candidate.

Senior BJP leader Radha Mohan Singh, in-charge of the organisational election process, made the announcement at the party headquarters in New Delhi.

Nadda’s name was sponsored by top party leaders including parliamentary board member– Amit Shah, Rajnath Singh and others. He is considered to be the third powerful member of BJP after Prime Minister Narendra Modi and Home Minister Amit Shah.

Nadda was the former Union Minister of Health and Family Welfare and member of Rajya Sabha from Himachal Pradesh and Parliamentary Board Secretary of the BJP. Earlier, he was a Minister in the Himachal Pradesh Government.

Here is some brief information about the BJP President.

Rajnath Singh took to Twitter to congratulate Nadda and showed the confidence of his leadership in taking the party to new heights of success.