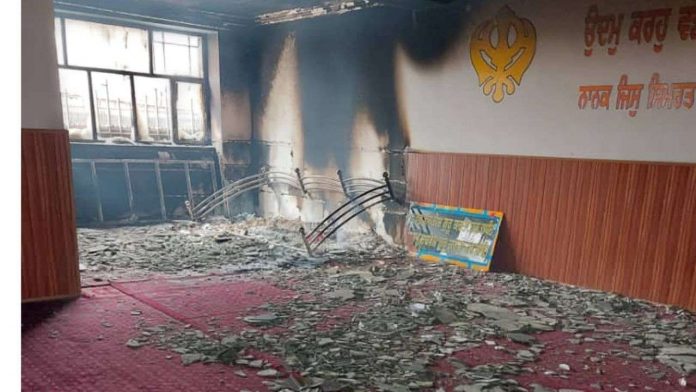 India strongly condemned the terror attack on a gurdwara in Afghanistan’s capital of Kabul. India said targeting of a religious place in the midst of the novel coronavirus (COVID-19) outbreak reflects the “diabolical mindset” of the perpetrators and their backers.

25 worshippers were killed and several others sustained injuries when a heavily armed suicide bomber stormed the gurdwara when 150 worshippers were inside the building on March 25th, 2020 in Kabul.

It was one of the deadliest attacks on the minority Sikh community in the recent times in the strife-torn country. The Islamic State has claimed responsibility for the Kabul gurdwara attack.

India’s Ambassador to Afghanistan Vinay Kumar on March 26th, 2020 visited the Sikh gurdwara in Shor Bazar area and offered condolences to families of the victims of the horrific attack.

The embassy also said it was working for the return of the mortal remains of Tian Singh, one of the deceased from Delhi. Singh’s family had written to Prime Minister Narendra Modi to help them bringing back the mortal remains.

“@IndianEmbKabul is working for the return of the mortal remains of Shri Tian Singh. @IndianEmbKabul will continue to provide all assistance to the community and families as may be required in these difficult days,” it said.

Condemning the attack, Modi said that he was “saddened” by the attack on the gurdwara.