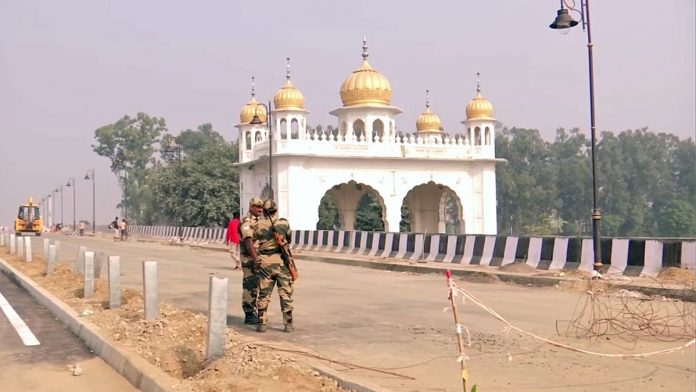 Opening of the Kartarpur corridor between Pakistan and India connecting the Sikh shrines of Dera Baba Nanak Sahib (located in Punjab, India) and Gurdwara Darbar Sahib (located in Punjab, Pakistan) has been considered as a path of hope for a close friendship between the two Asian nations. It will allow Indian pilgrims to make visa-free visits to the Gurdwara in Pakistan where Guru Nanak spent the final years of his life.

The corridor has been opened after months of negotiations on the Indian side about its misuse by elements in Pakistan. The Indian Prime Minister Narendra Modi compared the decision of both the nation to open the border as the fall of ‘Berlin Wall’. He also observed that this would help in easing the tensions between the two countries.

Meanwhile, the Pakistani PM Imran Khan said that the country has not only opened the border but also heart for the Sikh community. China welcomed the opening of the landmark and hoped that both India and Pakistan can continue to show goodwill to resolve their differences through dialogue.

The corridor, which was first proposed by the then Prime Minister of India Atal Bihari Vajpayee in 1999, was completed and opened for 550th birth anniversary of Guru Nanak Dev on November 12th, 2019. The foundation stone of the corridor was laid down on November 26th, 2018 in India and on October 28th, 2019 in Pakistan.

Opening of the corridor with mutual understanding and respect following the abrogation of Article 370 from Jammu and Kashmir and bifurcation of the state into two union territories carried significance.  However, India needs to maintain a cautious optimism in the matter. The Centre must address the heightened security concerns along the region.