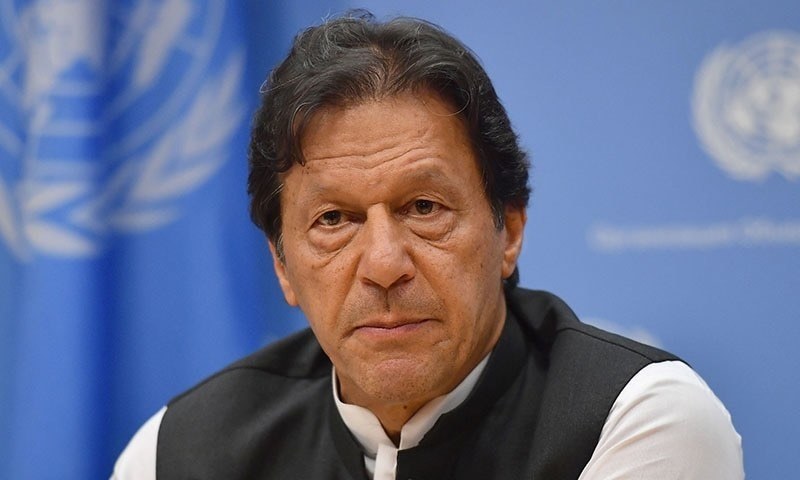 Pakistan Prime Minister Imran Khan recently called on US President Donald Trump and the United Nations to take action as a mediator between India and Pakistan over the disputed territory in Kashmir.

Speaking on the sidelines of a meeting at the World Economic Forum at Davos in Switzerland the Pak PM said that India is taken over by an “extremist ideology” which has the potential to spark a conflict between the two nuclear-armed countries.

He was referring to the close ties between India’s ruling Bharatiya Janata Party (BJP) with the right-wing Rashtriya Swayamsevak Sangh(RSS).

“Kashmir is far more serious problem than the world realizes. The problem is that India has been taken over by an extremist ideology, which is called Hindutva or RSS… If you google RSS you will find that they are inspired by the Nazis… The ideology that had assassinated Mahatma Gandhi and declared a terrorist organization three-time has taken over India” Pak PM was heard as saying in an interview with the CNBC.

Khan further blamed the rise in tensions between both the countries post the Indian government’s historic decision to revoke 370 from Jammu and Kashmir and bifurcating it into two Union Territories.

Jammu and Kashmir is no longer a state after it was officially bifurcated into two Union Territories(UT)—Jammu & Kashmir and Ladakh on October 31st, 2019.

It may be mentioned that the first offer of mediation by Trump came in July 2019, when Khan visited Washington DC. This was followed by another mediation offer on August 1st, 2019.

The third mention was on August 26, 2019, at the G7 summit in Biarritz, France. There were three back-to-back meetings between the top leaders of Pakistan and the US.

Meanwhile, reiterating its stand on Kashmir India stated that Kashmir is a bilateral issue and that it has been solved with talks.