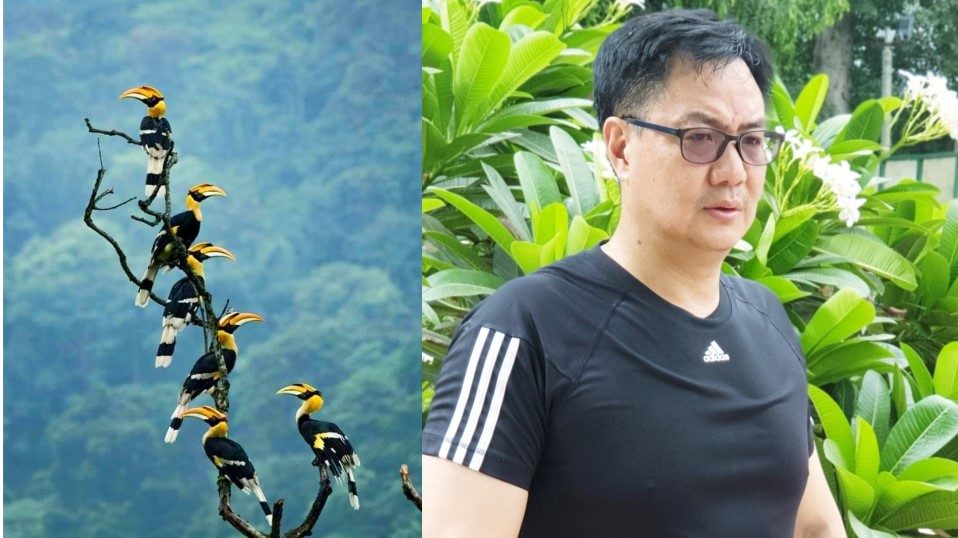 Bharatiya Janata Party leader and Union Sports Minister Kiren Rijiju on September 25th, 2019 took to Twitter to share a mesmerizing photograph of the great Indian Hornbills sitting on the branch of a tree. He captioned the photograph as, “Come to amazing Arunachal Pradesh. You might get to click like this in the early morning!”

Minutes after the Rijiju tweeted the photograph, Twiterrati came down heavily on the Union Minister for his misrepresentation of the picture. There was some factual error in the caption as the picture was of West Bengal’s Mahananda Wildlife Sanctuary and the Minister captioned it as ‘Arunachal Pradesh’. He also received flak for not giving credit to the ‘real photographer’ Sunnu Setu, a member of the Himalayan Club.

The stunning photograph of the rare hornbills mesmerised many and Union Finance Minister Nirmala Sitharaman was among the firsts who commented on the post. The original photographer Setu too commented, “Sorry to see no credit was given and location was also changed.”

Realising his mistake, Rijiju later credited the photographer and lauded him for his superb click. He also invited Setu to visit the wildlife sanctuaries in Arunachal Pradesh to capture the photographs of endemic species.