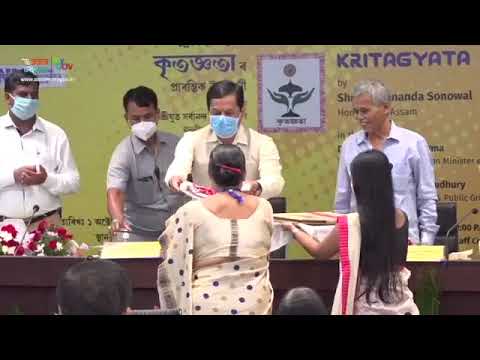 GUWAHATI: To lend convenience to the pensioners to dispose their pension-related claims, Chief Minister Sarbananda Sonowal on Thursday launched a portal ‘Kritagyata’ an on-line pension submission and tracking system at a function held at Assam Administrative Staff College, here.

Kritagyata, the first portal of its kind among all the states in the country has been designed to bring inexpediency in the disposal of pensions to the retired government employees. With the help of the portal, the retired government employee besides submitting pension-related papers online will get the opportunity to check the status of his pension. The portal has been created in line with the ‘Bhabhisya’ portal of Government of India.

Though the portal has been launched as pilot project for the teachers and employees under Inspector of Schools of Kamrup Metropolitan district, it will be replicated to all government employees of the state in all districts in phases.

Sonowal said that under the system the retiring employees of the government would be greatly benefited.

Chief Minister Sonowal also said that in the society people should live expressing gratitude for their fellow-beings for strengthening the foundation of a value-based society.