The forest department shifted the elephant to Guwahati on November 12th, 2019 for medical assistance 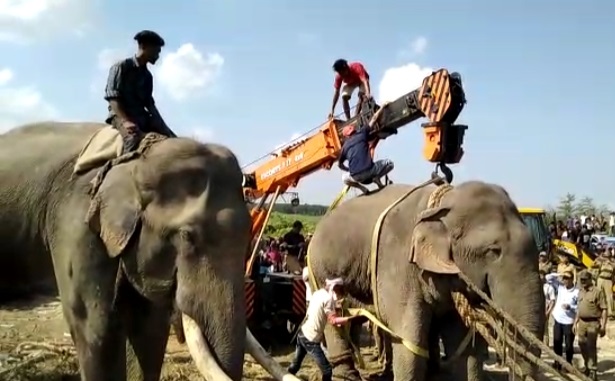 Sootea MLA Padma Hazarika, who led from the front to capture and tranquilise the wild elephant ‘Laden’ that created havoc for a long time In Assam’s Goalpara district, rechristened the male jumbo as ‘Krishna’.

As per information, the forest department withdrew the decision to set the elephant, which was captured on November 11th, 2019, free today and shifted him to Guwahati for medical assistance.

Krishna will be trained by Dimbeswar Das and set free in a different place. The forest officials have not yet disclosed where the elephant will be set free. However, earlier it was decided to release Krishna in Lumding.

The rogue male, a tuskless elephant has killed at least 70 people, destroyed paddy fields, damaged houses over the last six years in the district. A few days back, Laden killed five persons in a single night in a state of ‘musth’, which is caused by a sudden rise in reproductive hormones.