With the latest deaths, the total death toll in landslide incidents in the state this year shot up to 26 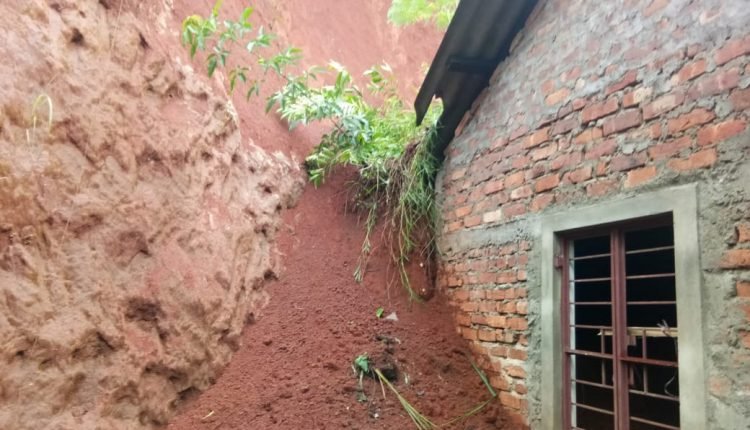 Guwahati: In a tragic incident, two persons were killed in a landslide at 12 mile area in Jorabat on Sunday morning.

Incessant rain for last two days have caused severe landslide in several areas of the state. In the latest incident also, huge chunk of land from a adjoining hill came down to a residence in the area and buried the duo on the spot.

The deceased were identified as 19-year-old Bilash Pradhan and 20-year-old Mohan Ghimire.

State Disaster Response Force (SDRF) personnel said, “Three persons were sleeping in the room when the landslide occurred and broke the walls of the house and buried two of them. One person survived with injuries.”

SDRF has dug out the bodies and sent them to Guwahati Medical College Hospital (GMCH) for postmortem.

With the latest deaths, the total death toll in landslide incidents in the state this year shot up to 26.