According to the relatives, the Gaon Bura lost four teeth in the assault. 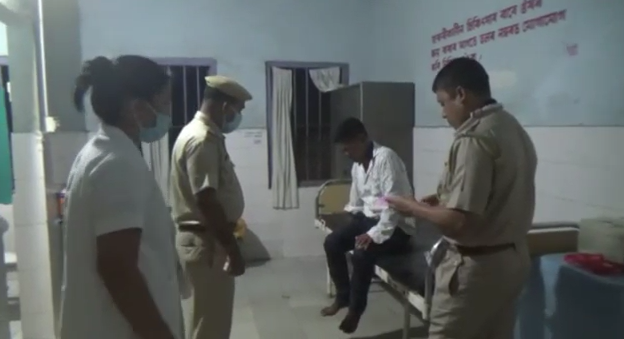 Talking to Time8, relatives of the Gaon Bura said, “The Gaon Bura went to take stock of the flood-affected people of the areas on Thursday. On the way, a team of police of the Garamur police station mercilessly assaulted him for not wearing facial masks. He suffered severe mouth and stomach injuries. Accordingly, we took him to the hospital immediately.”

According to the relatives, the Gaon Bura lost four teeth in the assault.

Majuli district’s superintendent of police Aparna N said, “The Garamur police on patrol encountered a public gathering at Balichapori village on Thursday. The villagers were playing carom without wearing facial masks and social distance. Hence, the police tried to evacuate them from the spot in order to maintain the guideline of Covid-19 management.”

However, SP Aparna said, “The villagers were not ready to oblige and the Gaon Bura too did not cooperate the police in the process. Hence, there was an altercation grew between the Gaon Bura and the police on duty. The police took the situation under control by beating up the Gaon Bura. He received minor injuries.”

According to the SP, the Officer-in-Charge of the Garamur police station himself took the Gaon Bura to the hospital later and burdened all necessary treatments.

The SP also informed Time8 that certain youths of the village lodged an FIR against the incident on Friday. “We have received an FIR today. We will register it and examine the matter,” the SP added.

Notably, in Guwahati too, policemen on duty assaulted a differently-abled minor boy on Thursday at Bharalumukh area while the victim was heading towards a pharmacy along with his father by a bicycle for collecting some medicines from a nearby drug store.