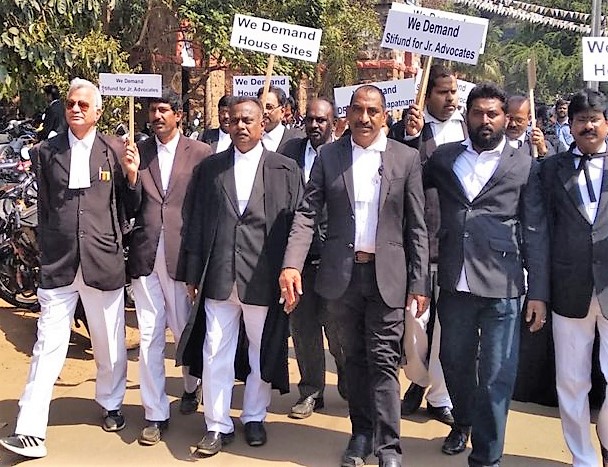 In a significant judgement, the Supreme Court on February 28 declared that lawyers cannot claim a fundamental right to go on strike and abstain from courts on one pretext or another. Their frequent strikes in all parts of the country not only affects the rights of the litigants to get speedy justice, it also impedes the administration of justice.

Lawyers are officers of the courts and enjoy special status in the society. Since the freedom struggle, they have contributed hugely to the development of the country. Their decision to boycott courts cripples functioning of the courts and contributes majorly to the ever-mounting pendency of cases. It may be argued that strike is a peaceful mode to express the grievances in the absence of any other forum.

But in case of lawyers, there are Bar Associations and Bar Council at the state and the Centre level, which can promptly look into their issues. There can also be regular interactions with the authorities to resolve their problems.

To feel that strike is the only way out in each and every case is a breach of promise by the lawyers to represent their clients. It is also the utter failure on their part to ensure smooth functioning of the court. Thus disrupting court proceedings and putting interests of clients in jeopardy is purely unprofessional.

It was thus that the top court found as shocking when it was pointed out the advocates in the Dehradun, Haridwar and Udham Singh Nagar districts in Uttarakhand have been boycotting the courts on all Saturdays for more than 35 years. Way back in 2003, the Supreme Court has held that the lawyers have no right to go on strike or even token one. Their regulatory body, the Bar Council of India had also on September 29, 2002, passed a resolution against it.

However, with the Supreme Court’s having taken a suo motu cognisance of the problem, it is expected that the Bar Council would come forward and take certain concrete measures to stop regular strikes by the lawyers to bring relief to the harried litigants and to save the justice administration system from crumbling any further.