Low wages of journalists concerns UPPL, says it will constitute welfare board 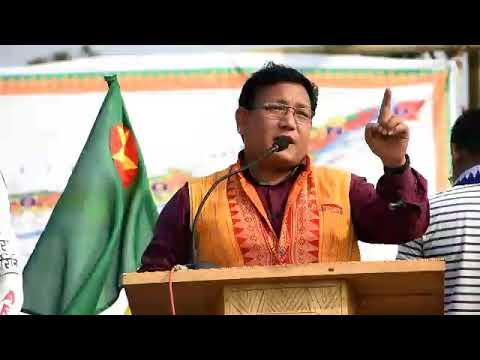 GUWAHATI: The United Peoples’ Party Liberal (UPPL) on Monday said that it will prioritise constitution of a journalists’ welfare board if comes to power in the Bodoland Territorial Council (BTC) to relieve the scribes from certain financial difficulties.

UPPL chief and former All Bodo Students’ Union president Pramod Boro said, “We are concerned with the low wages paid to the media persons. The scribes’ contribution to society has always been immense and invaluable. Considering all these, we will prioritise the constitution of a journalists’ welfare board in BTC if we come to power.”

Boro further said, “Journalists in BTC work under intense pressure. They also turn victims of violent attack besides facing acute financial crunches whenever they encounter situations like accident, diseases and other family issues. I am confident; the proposed welfare board will help us bring huge relief for the scribes.”

He stressed that if the UPPL comes to power, the new BTR government will earmark an annual budget of Rs. 10 Crores to the proposed Journalist Welfare Board for journalists of the BTR region.

“We will open Group life Insurance ( Life coverage of Rs. 1 Crore each ) for working Journalists of BTR region. We will sponsor media tours and equip the press clubs to locate in the BTR with Wi-Fi connectivity. We will introduce a media fellowship to 10 persons every year to research in the field of Journalism in BTR. We will construct journalist colony in district headquarter and Sub Division headquarter besides establishing a media institute and research centre in BTR area,” Boro said.

The polls to the 40-seat tribal council were deferred in March this year by the Assam State Election Commission in view of the coronavirus pandemic. The polls were earlier scheduled to be held on April 4.

The BTC, which was formed on February 10, 2003, was rechristened as BTR (Bodoland Territorial Region) after the signing of the third Bodo Accord on 27 January 2020. Elections to the BTC were first held in 2005 and have been ruled by the BPF ever since then.