‘Madness Drug’ Worth Over Rs 2 Crore Seized In Meghalaya

Yaba is a drug in tablet form, and it is most often red in colour 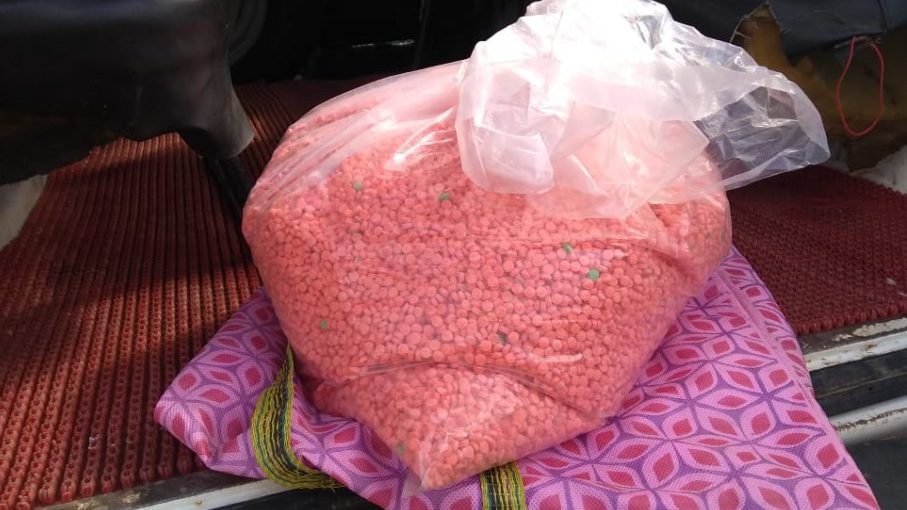 The East Jaintia Police has recovered over 1 lakh yaba tablets, also known as madness drug, along with heroin and ganja during a special anti-narcotics drive on September 28th, 2019.

“The tanker was travelling from Imphal to Guwahati and it was intercepted at Khliehriat Police Station. During checking, one plastic bag with the tablets was recovered,” Singh said. The driver and handyman of the tanker have been taken into custody.

A special anti-narcotics drive was launched on the night of September 27th, 2019 by a joint team of Anti-Narcotics Task Force East Jaintia Hills, Khliehriat Police Station, Ladrymbai Out Post and Umkiang Patrol Post.

Singh further informed that 30.63 grams of heroin was recovered from three soapboxes belonging to a man who was travelling via night super bus from Silchar to Guwahati. “The man has been arrested and further investigation is going on,” he said.

On the other hand, 18 kilograms of ganja was recovered from three persons travelling from Silchar to Guwahati via night-super bus. The men have also been taken into custody.