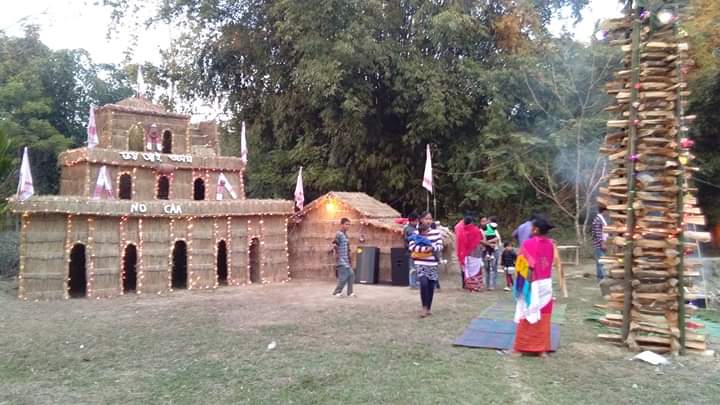 The All Assam Students’ Union (AASU) and 30 other supporting organisations appealed the people to burn the replica of the contentious Citizenship Amendment Act in the flames of meji to register protest against the Act.

Slamming the Bharatiya Janata Party-led government at the centre and the state over the Act, AASU general secretary Lurinjyoti Gogoi said, “The government has not given importance to the protests of the people. The situation has taken a turn for the worse with the State government surrendering before the Central government’s anti-Assam stance.”

The students’ organisation, who has been leading the agitation, has said that it would continue the protests until the Act is scrapped for the interest of the greater Assamese community. Many organisations representing various ethnic groups extended their support to the agitation.

The students’ union of Cotton University too appealed to the people to burn copies of CAA in the mejis. On the other hand, posters and banners against the citizenship act have been put up at the open fields where people will light meji, erect bhelaghor (makeshift huts) and take part in community feasting.

The Ministry of Home Affairs issued a gazette notification on January 10th, 2020, for the implementation of the Act.