Maharashtra Is A Tune, It Must Be Sung Together… 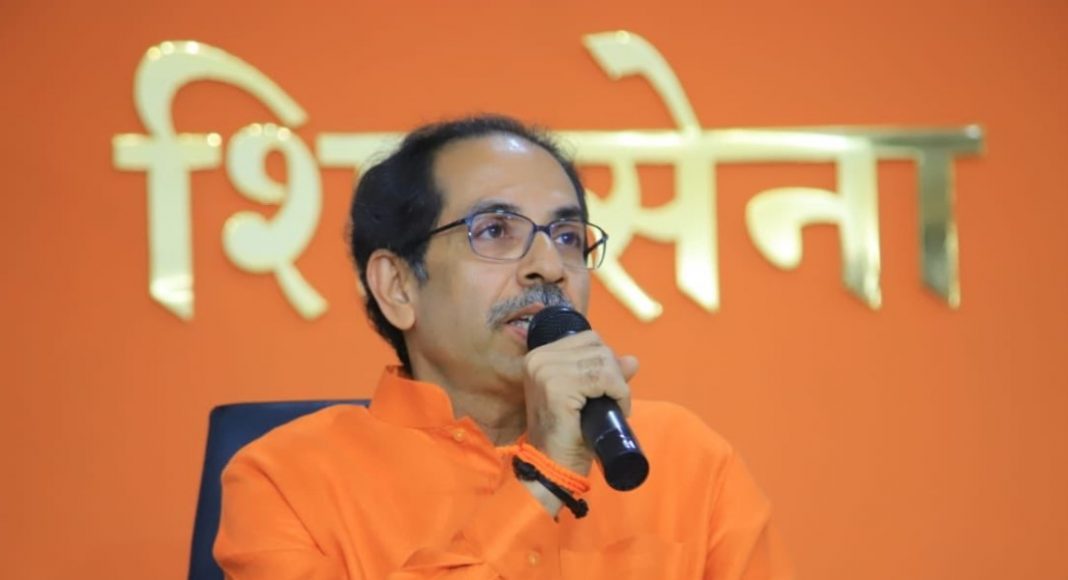 Maharashtra is a tune, it must be sung together – says one of the quotes on Maharashtra Day of 1st May. The recent events after the results of the 2019 assembly elections, however, threatened to strike a discordant note in Maharashtra’s political tune. The pre-poll alliance of the Bharatiya Janata Party (BJP) and the Shiv Sena combine which bagged a total number of 161 seats (BJP – 105 and Shiv Sena – 56 seats ) clearly had an absolute majority in the 288 member Assembly which required 145 seats to form the government.

But this alliance could not reach its logical conclusion of government formation due to a fallout between the BJP and Shiv Sena on the matter of 50-50 Chief Minister term for both the parties. Soon back-channel political strategists of Shiv Sena got busy and after a month of deliberations, Shiv Sena stitched an alliance with political parties like the Nationalist Congress Party (NCP) and Indian National Congress against whom they contested as political rivals in the recently concluded elections. This alliance seem to have stunned the political pundits as Shiv Sena is considered to be ideologically different from the NCP and Congress combine who were alliance partners in the Assembly Elections. Shiv Sena is considered to be following the hardline Hindutva politics while the ideology of Congress -NCP is based on secularism.

Before we go on to this so-called ‘ideologically different alliance’ matter, let us see what could have gone wrong between the BJP and the Shiv Sena. It would be a grave fallacy to presume that all had been keeping well between the BJP and the Shiv Sena in their almost 30 years alliance. The fact of the matter is that the BJP could open an account in Maharashtra politics riding on the back of the Shiv Sena tiger which had a broader social and political base as is seen in the case of Assam where the BJP rode on the Asom Gana Parishad elephant, almost decimated them and established themselves in Assam.

A similar narrative is to be found in Maharashtra which had not gone down well with even the founder of Shiv Sena, Balasaheb Bal Thackeray when he was alive and was known to insist on the ‘pre-eminence of the Shiv Sena as a senior ally of the BJP’. But gradually the equations began to change and no love was lost between the two parties at every election on matters of seat-sharing and portfolio sharing. Even while being in alliance the Sena mouthpiece ‘Saamna’ would time and again spew anti-establishment venom on the BJP Government at the Centre whenever they erred on policies and would not even spare the Devendra Fadnavis government in their own state as was seen in the Aarey case.

Uddhav Thackeray, leader of Shiv Sena had publicly opposed the deforestation of Aarey forest for the Metro Car shed and upon taking charge as Chief Minister, one of his first acts was to stop the work and withdraw all cases against the protesting environmentalists. The pressure of underlying tension between the Shiv Sena and the BJP was evidently escalating in the last 30 years and it just required a needle to burst and disintegrate the drifting balloons. The denial by the BJP of a Chief Minister sharing understanding sought to paint the Sena to be liars which Thackeray sternly refuted by saying – ‘ Am I lying then?’ This and the clandestine midnight drama and after dawn swearing-in of a Chief Minister, bypassing constitutional norms and ethics, shocked not only the Shiv Sena but the entire nation.

The Supreme Court directive for a floor test to the Devendra Fadnavis Government upon a petition by the three parties challenging the formation of the BJP government is a victory of democracy and constitutional principles. Thus was paved the way for the three-party alliance which was christened Maha Vikas Aghadi and on 28th November 2019, Thackeray of the Shiv Sena was sworn in as the 18th Chief Minister of Maharashtra.

History is witness that ideologically different alliances’ are nothing new in Indian politics. We may remember that Dr Shyama Prasad Mookerjee, leader of the Hindu Mahasabha in Bengal who later went on to become the founder of the Bharatiya Jan Sangh (which later became BJP in 1980) was inducted into the Interim Central Government in 1947 by Prime Minister Pandit Jawaharlal Nehru as Minister for Industry and Supply despite having ideological differences. Earlier, Dr Mookerjee himself was the Deputy Chief MInister in the Coalition Government led by Premier Fazlul Haq of the Muslim League in Bengal in 1942. Closer to memory is the alliance between the BJP and the People’s Democratic Party (PDP) of Mehbooba Mufti in Kashmir of 2015. Closer to home are the alliances of BJP with the various parties led by Christian leaders in Christian majority populated states in the North Eastern Region of India starting from Nagaland, Meghalaya and Mizoram. If BJP being a staunch Hindutva Party can have alliances with PDP in Kashmir, National People’s Party in Meghalaya, Naga People’s Front in Nagaland and Mizo National Front in Mizoram, why can’t the Congress party encompass within its fold parties like the Shiv Sena?

History is also the witness to the fact that during its early days Shiv Sena, which was a party with regional sentiments propagating the rights of the ‘Marathi Manoos’, had cordial relations with the Congress. In fact, Balasaheb Bal Thackeray had supported Indira Gandhi during the Emergency and described her as a ‘woman with guts’. It is also a known fact that Balasaheb Bal Thackeray used to meet Prime Minister Indira Gandhi in Raj Bhavan whenever the latter visited Mumbai and exchanged political views. The Shiv Sena had also time and again supported Congress candidates in elections in Maharashtra. The Shiv Sena had supported Murli Deora as the Mayoral candidate in the Bombay Municipal elections of 1977. The Congress Presidential candidates Pratibha Patil and Pranab Mukherjee too got the support of the Shiv Sena although they were allies of the BJP. Moreover, although the NCP and the Shiv Sena fought tough political battles yet when Sharad Pawar’s daughter Supriya Sule contested the Rajya Sabha elections, the Shiv Sena supported her. Hence, the Shiv Sena is seen to follow an independent line of thinking as far as their political equations with either the Congress or NCP are concerned.

The present Shiv Sena, the NCP and the Congress alliance – the Maha Vikas Aghadi – has a Common Minimum Program. The Common Minimum Program has been reached after much deliberations so that the electoral promises of all the three parties for the common good of the electorate can be fulfilled at the earliest. Fulfilling the aspirations of the citizens and finding solutions to their day to day problems are common goals of any party. Such goals for common good are enough to bring together parties even with differing ideologies.

Indian Constitution which upholds secular credentials has space for divergent views and differing ideologies. Secularism means accepting all religions. Secularism does not mean supporting one religion and opposing others. It simply means respecting all religions and not imposing views on others. Irrespective of religion, Congress party stands for an individual’s rights and dignity as guaranteed by the Constitution and is a torchbearer of the spirit of the Constitution.

The very ethos of the secular credentials of our Constitution found expression long back in the speech of Swami Vivekanand during his address at the World Parliament of Religion in Chicago in 1893 – ‘ ..if anybody dreams of the exclusive survival of his own religion and the destruction of the others, I pity him from the bottom of my heart, and point out to him that upon the banner of every religion will soon be written in spite of resistance: “Help and not fight,” “Assimilation and not Destruction,” ” Harmony and Peace and not Dissension.”

The Maha Vikas Aghadi with its Common Minimum Program reflects “Assimilation, Harmony and Peace” for a common good.

The author is a socio-cultural worker, TV producer, director. She is also the general secretary and senior spokesperson of Assam Pradesh Congress Committee. The views expressed by the author are personal and may not in any way represent those of TIME8.