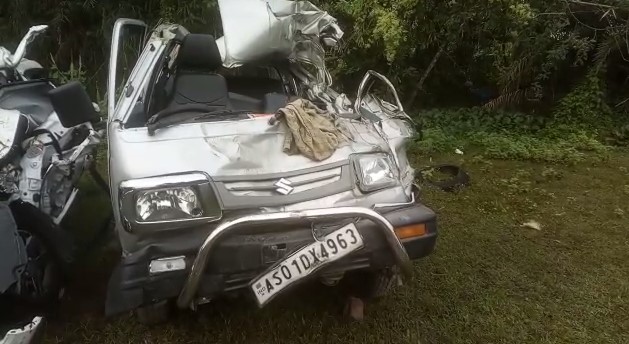 A horrific head-on collision left a man dead in the wee hours of November 19th, 2019 in Rangiya’s Balagaon area. Six others sustained serious injuries in the accident and are said to be critical.

The accident occurred on NH-31 when the car in which the victims were travelling collided with a speeding truck coming from the opposite direction.

The deceased has been identified as Pradip Kalita. The victims were moving towards Amingaon from Raas Mahotsav in Nalbari when the tragic incident took place.

The severely critical persons have been identified as Dipcharan Kalita, his wife Dipa Kalita, Manju Kalita and Dipankar Kalita. Though the driver of the truck fled from the spot, the truck has been into custody by the police.