Man Shot At By Supari Killers In Busy Streets Of Guwahati 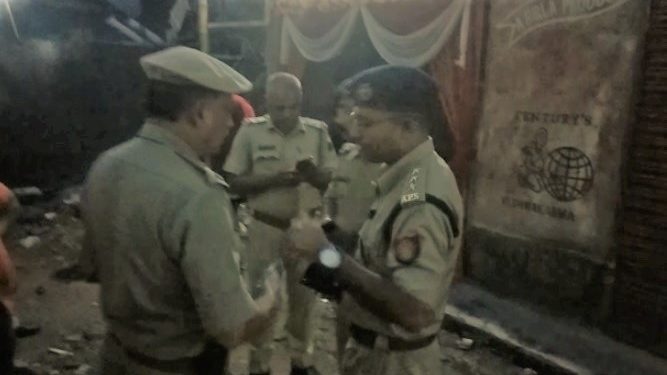 A man was shot at by “a gang of hired criminals” in Kumarpara area of the city in the evening hours of September 12th, 2019.

According to police, the injured person has been identified as one Shyam Sundar Ratawa.  The victim was rushed to the Marwari Hospitals in Athgaon following the shooting from where he has now been referred to Apollo Hospitals, Christian Basti.

It was earlier reported that two bike-borne miscreants stabbed him with a knife. As per the latest reports, there were five persons in the group who allegedly shot at Shyam.

A search has been started for those involved in the attack, police said. Joint Commissioner of Police, Guwahati, Devraj Upadhyaya has reached the spot and is investigating the matter. Sharma works as a salesman in Shri Jagdamba Iron & Steels in Athgaon. A bag was recovered from the spot.

“A CID team has reached the spot. As per the preliminary investigation, we suspect that shooters were hired in this case,” said Upadhyaya.

Interestingly, the locals said that the gang of five people were looking for the owner of the Shri Jagdamba Iron & Steels – Shyam Sharma. When the salesman Shyam responded to them, the gang fired and fled from the scene. An investigation will reveal if Shyam became a victim of mistaken identity.