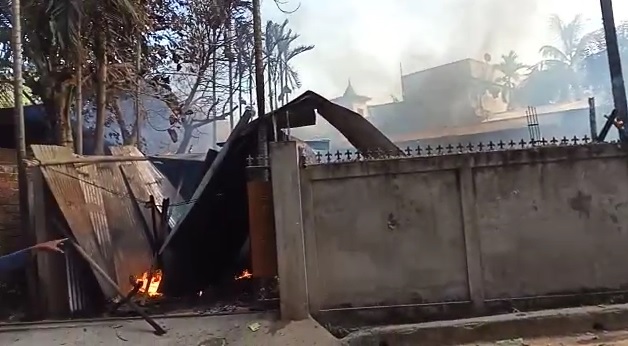 A devastating inferno broke out at Ramnagar area under Jyotikuchi locality in Guwahati city on December 6th, 2019. The rising flames sent thick, black smoke into the skies for several minutes today afternoon.

As per initial reports, the fire broke out due to a short-circuit at a residence which led to four-cylinder blasts gutting down property worth several lakhs. Around 20 houses were reduced to ashes.

No loss of life has been reported till the filing of this news.