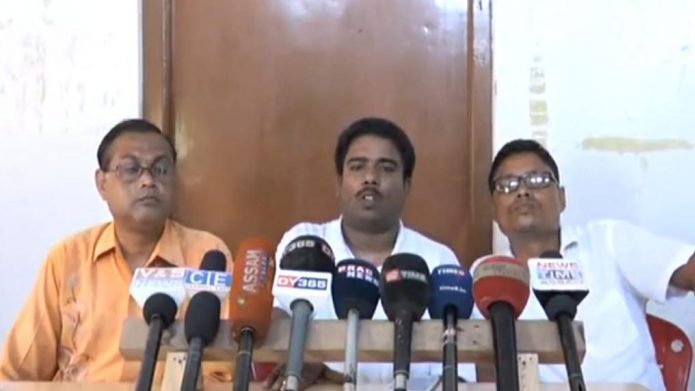 Sodou Asom Sonkhyalaghu Sangram Parishad, a body fighting for rights of the minorities, on August 5th, 2019, urged not to harass the Indian people in the name of NRC.

Addressing a press conference here in Nagaon, the leaders of the organization urged the government to prepare an error-free NCR without harassing the Indian people.

The leaders of the organization urged the state coordinator for NRC, Assam, Prateek Hajela not to work on dictation. The organization also announced to stage a protest if the government continues to harass the people belonging to minority communities in the name NRC.

It may be mentioned that the final NRC was supposed to publish on July 31st, 2019. The Supreme Court has extended the deadline to August 31st, 2019.