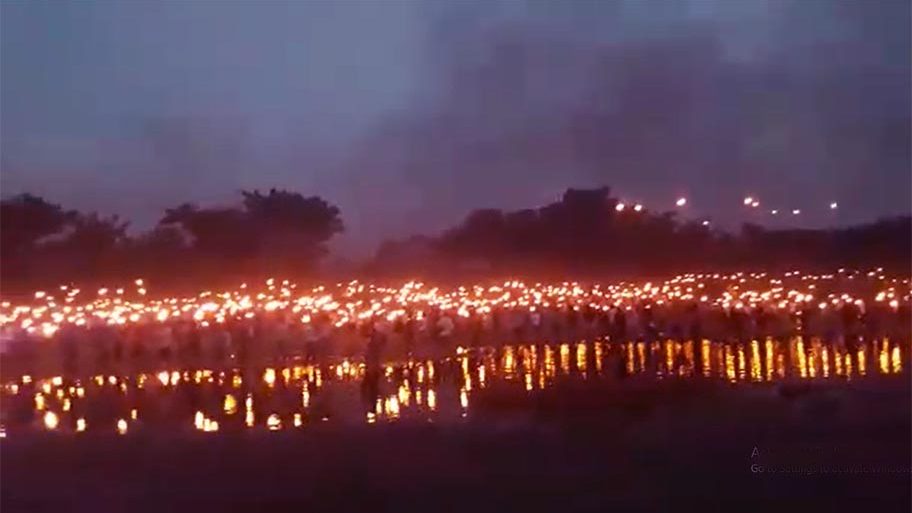 The students’ body – Takam Mising Porin Kebang (TMPK), Mimag Kebang (MMK) and TMMK staged a massive protest on August 27th, 2019, in Assam’s Lakhimpur district against state government’s decision to resume the construction of the 2,000-MW Subansiri Lower Hydroelectric Project. The activists staged the protest on the National Highway 15 near Sauldhowa in the district. They also took a torch rally as part of the protest.

On the other hand, the Asom Jatiyatabadi Yuva Chatra Parishad (AJYCP) also staged at Bihpuria in the district. The AJYCP protestors burnt the effigies of the Assam Chief Minister Sarbananda Sonowal. The protestor shouted slogans including ‘BJP Government Go Back’, ‘BJP Government Hai Hai’ etc.

It may be mentioned that on August 23rd, 2019, the NHPC signed a Memorandum of Agreement with the Assam government for implementation of the Lower Hydroelectric Project in Gerukamukh in Dhemaji district. The Subansiri Lower Hydroelectric Project is the largest Hydro -Project of the country, presently under construction with an installed capacity of 2000 MW and annual generation of 7421.59 MU and is located on the Assam-Arunachal Pradesh border.