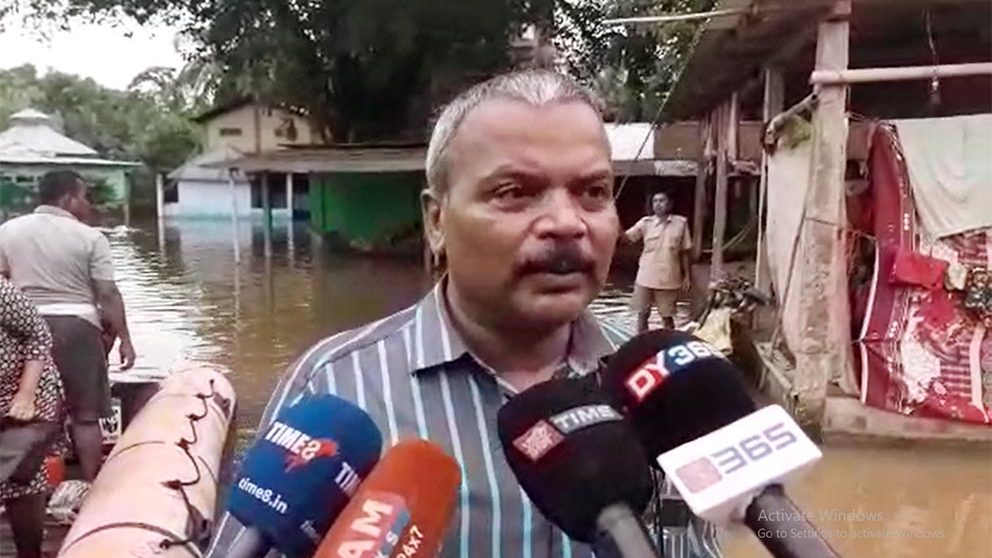 “I think the situation is worse than the flood in 2017. But, the authority’s view is vice versa,” Saikia said.

Talking about the animal casualties due to flood in the national park, the MLA said, “The tally has gone down in comparison to flood in 2017. There are several highlands in the park and animals are taking shelter there. Even, I have witnessed 10 rhinos in one highland while eight in another highland.”

Due to the devastating floods in Assam, 90 per cent of the Kaziranga National Park (KNP) and its 155 camps were submerged in water.

The KNP is home to the world’s largest population of Indian one-horned rhinoceroses. With floods wreaking havoc, the forest officials said animals residing in the park are taking shelter in the highlands within the park and many are migrating to the southern highlands of Karbi Anglong crossing the National Highway (NH) 37.

The officials are also on alert on the NH 37 in order to avoid any poaching chances by hunters. “Though 155 anti-poaching camps, out 199 such camps of the park are affected by flood water, the staffs and security personnel are performing their duties using mechanised and country boats round-the-clock to deal with any kind of eventualities,” stated a press communique by the office of State Forest and Forest Minister Parimal Suklabaidya.

Till now, a total of six cases of accidents on the NH-37 have been recorded where causalities of five hog deer and one sambar were reported. Other five different animals in the park are reported to have succumbed to injuries due to flood-related reasons, the press communiqué stated.

The Kaliabor administration has imposed restriction in vehicular movement through the National Highway 37 at several places near the national park due to the flood.

“Movement of all light motor vehicles have been restricted until further notice. Vehicles coming from Nagaon end should halt at Jakhalabandha and vehicles coming from Jorhat side should stop at Bokakhat,” Bitupan Neog, Kaliabor Sub-Divisional Officer (Civil), said.