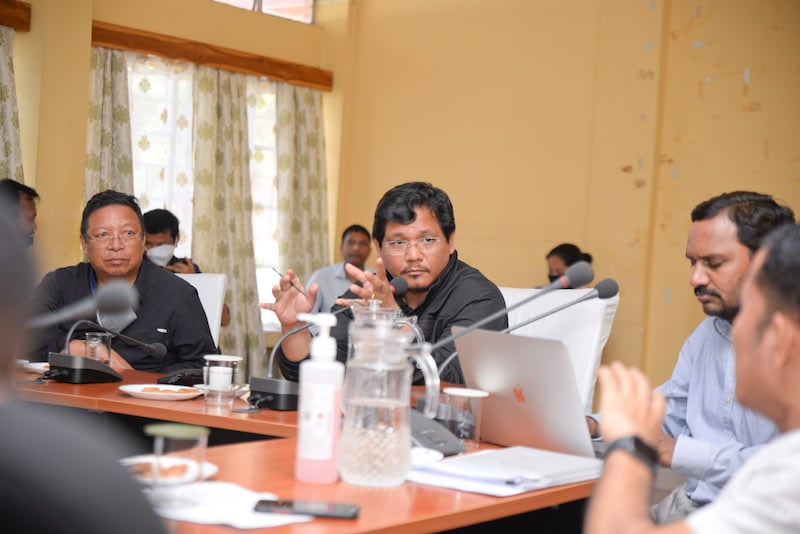 Meghalaya Chief Minister Conrad K Sangma said that all Deputy Commissioner in the State has been empowered to release the funds of Rs 25 lakh from the MLA scheme 2020-21 to the concerned legislators.

He informed that the MLAs have to submit a detailed list of essential commodities to be distributed to the beneficiaries and avail the funds, which will be sanctioned from the Deputy Commissioner’s Office on an immediate basis.

He informed the media that MLAs and MDCs have been requested to work in coordination with the District Administration in ensuring that essential commodities are made available. He said that during this time of crisis the public representatives, social organisations and volunteers have to come together to aid the government.

Sangma informed that the government has been engaging with MLAs of different districts to solicit their views and suggestions which will enable the government to streamline the delivery mechanism.

He informed that cabinet ministers in-charge of different regions of the State, which is divided in three Khasi, Jaintia and Garo Hills are continuously working at the regional level to ensure that all essential commodities were made available and they were making effort to address the concerns raised by the administrations of the different regions.

“A system for coordinated efforts between the grassroots, the administration and the government has been put in place and we are working to ensure that all necessary measures were taken, which is in the interest and welfare of the public,” said the Chief Minister.

He said that the effort of the government to deal with this crisis with every possible measure was to ensure that there is an improvement in the overall coordination of the different efforts that the government has initiated.

He informed that there are grievances from different parts of the State and the government has been working overtime to redress the issues.

“This is an unprecedented situation and the administration under the leadership of Chief Secretary has been working tirelessly to address public concerns,” the Chief Minister added.

On queries by the media on measures with cases of COVID -19 positive in Assam, the Chief Minister said that as per MHA guidelines the inter-state and inter-district movement has been restricted.

On questions related to post lockdown from April 14th, 2020, the Chief Minister said that all countries across the world is taking measures and India and Meghalaya as a State is also prepared to deal with the situation. He added that the government is aware of the COVID-19 crisis globally and is prepared to designate a hospital for similar cases in the future.

Urging the people of the State to cooperate with the government during this crisis, the Chief Minister said that through this lockdown we should be able to break the transmission chain.