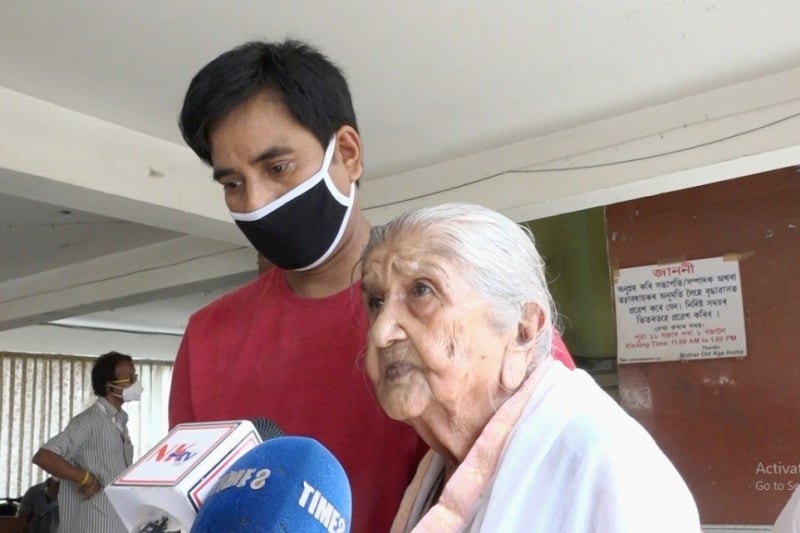 Guwahati: Amid the ongoing infighting between the two founder members of the Mother old age home, the elderly people residing at the shelter home in Guwahati has decided to shift to Pramod Talukdar Memorial Trust under Monalisa Society at Beltola area.

Well known shelter home for the elderly people in the city, the Mother old age home was established on June 21, 2012, by Utpal Harshavardhan and Monica Sharma.

Both of them had been one of the sturdy pillars of the old age home, however, the lives of all the elderly people residing at the shelter home have turned upside down within a week following a dispute between the two founder members.

As per a report, Utpal Harshavardhan allegedly claimed in a social media post that he has no grievances upon his co-founder member Monica Sharma and therefore, decided to leave the shelter home.

He said, “I have already replied whatever allegations were put against me by Monica and I will keep doing that. I will be there for all kinds of query regarding Mother old home.”

Utpal also expressed his unhappiness over the reports surfacing in the media claiming that the ashram (old age home) will be either taken over by an organization based in Guwahati’s Sijubari or by the government.

“Though the ashram is an organization, but, it’s a house full of emotion, peace and dignity. Our main duty is to serve the elders as well as to respect their thoughts,” added Utpal.

Meanwhile, the ongoing dispute between the two founder members had led to psychological distress amongst the elderly people.

Several elderly people residing at the shelter home have not taken a proper meal since the last couple of days, stated one of the caretakers at the mother old age home.

“We cannot reside in such conditions where police and media persons come to disturb us. There is no more peace in this environment, thus, we have decided to shift with Utpal,” said one of the senior citizen.