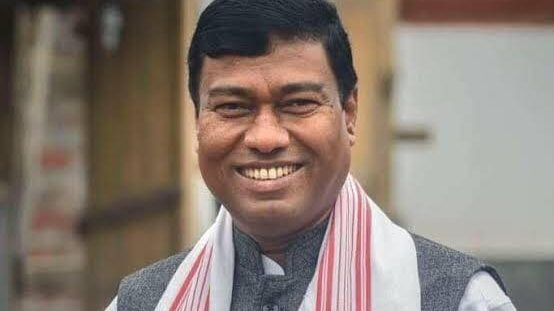 Union Minister of State for Food Processing and Dibrugarh MP, Rameswar Teli expressed concern over the exclusion of over 19 lakh people from the final National Register of Citizens (NRC) list in Assam. He alleged that due to anomalies, the list left out many genuine citizens.

“We are not happy with the final NRC list. There are anomalies due to which the list included names of several illegal immigrants,” said Teli while speaking to Time8.

He added, “Names of several genuine citizens were excluded from the final version of the NRC list. Around Rs 1,600 crore was spent on the updation exercise. We want the expenditure report.  The excluded names of genuine citizens should be included in the final list. We will take up the issue with Amit Shah.”

The Assam government on August 31st, 2019 officially released the final NRC list where names of 3,11,21,004 persons were found eligible for inclusion, leaving out 19,06,657 persons including those who did not submit claims.

The exclusion figure displeased many in Assam. The Assam Bharatiya Janata Party (BJP) said it does not trust the updated list and legislation will be brought to safeguard the genuine applicants.

Assam Finance Minister Himanta Biswa Sarma also said he is unhappy with the final list of the NRC. Sarma claimed a number of people were included in the final NRC list due to the “manipulation” of legacy data.