Myanmar Hands Over 22 Insurgents To India

They are being brought back on a special plane 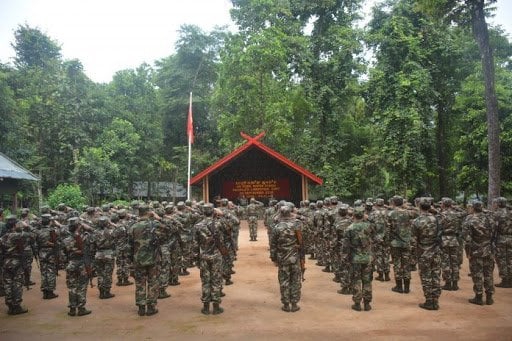 Myanmar Military on Friday reported handed over 22 insurgents to the Government of India who were among the most wanted militants in Assam and Manipur.

This has been reported to be the first time that Myanmar handed over leaders of Northeastern insurgent groups on the request of the Indian Government.

The handed over militants are being brought back by a special plane and the plane will first make a stopover in Manipur’s Imphal and then to Guwahati.

As per reports they will be handed over to the police of their respected states where they are wanted.

Among them 12 are linked insurgent groups in Manipur such as UNLF, PREPAK (Pro), KYKL and PLA. Whle the remaining 10 belong to Assam’s based NDFB-S and KLO.