Dimapur police had registered a case against them under provisions of the Arms Act, 1959 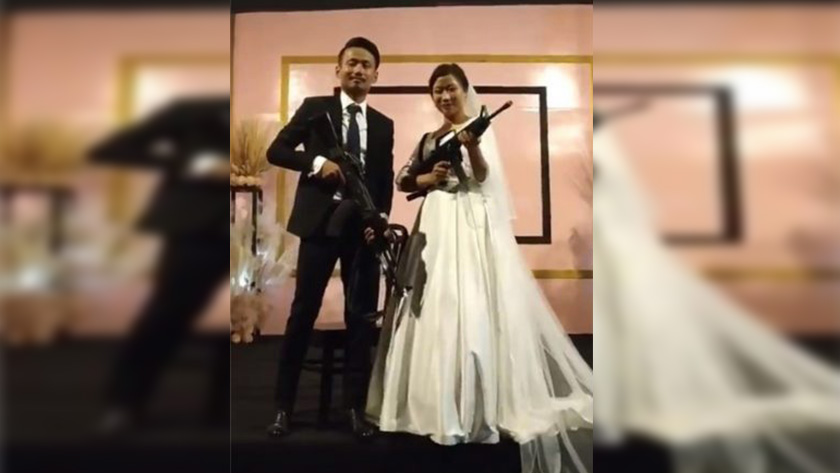 The newly-wed couple, who posed with automatic assault rifles at their wedding reception in Nagaland’s commercial hub Dimapur last week, was arrested on November 13th, 2019. However, they were later released on bail.

The Dimapur police had registered a case against them under provisions of the Arms Act, 1959.

The photographs and videos of the couple, who are said to be the son and daughter-in-law of Bohoto Kiba, ‘kilo kilonser’ (home minister) of National Socialist Council of Nagaland-Unification (NSCN-U), posing with AK 56 and M16 assault rifles, which went viral, took the social media by storm.

NSCN-U is a breakaway faction of the Naga rebel outfit NSCN-Isak Muivah. It is part of the seven rebel outfits, which are in peace talks with the Centre under the banner of Naga National Political Groups (NNPGs).