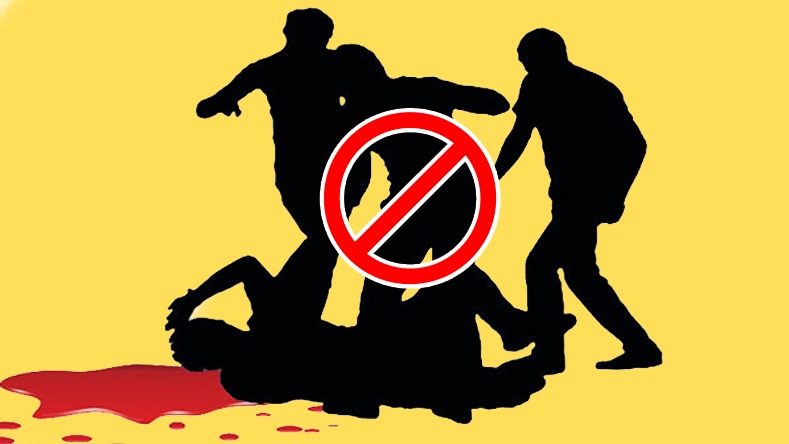 Way back in June this year, Tabrez Ansari was tied to a pole and assaulted by an angry mob with iron rods and sticks over suspicion of trying to steal a motorbike. He had come home to celebrate Eid with his newly wedded wife and other family members when he was attacked by the locals of Dhatkidih village in Jharkhand.

A video that was aired on national media showed that he was forced to chant ‘Jai Shri Ram’ by the irate mob. Tabrez was declared ‘brought dead’ by the Tata Main Hospital in Jamshedpur on June 22nd, 2019. His wife Shahista Parveen, who was pregnant at the time when Tabrez was attacked, suffered a miscarriage after his death. He worked as a labourer and welder in Pune.

The Jharkhand Police now says Tabrez died due to ‘cardiac arrest because of stress’. The Jharkhand Police have submitted the charge sheet and recommended the commencement of trial under Section 304 of IPC (culpable homicide not amounting to murder).

The decision of the Jharkhand Police that the killing of Tabrez didn’t amount to murder but culpable homicide is quite debatable. Is police going to mention in its report that he was forced to chant ‘Jai Shri Ram’? It is not clear yet.  Is the ‘cardiac arrest’ reason enough for the police to remove Section 302 of the IPC (murder charge) in the charge sheet?

Apart from AIMIM MP Asaduddin Owaisi who strongly reacted against it, a large number of netizens also raised questions over the move of the Jharkhand Police to drop the murder charges.  Minister of State for Home G Kishan Reddy said that the Centre would speak to the Jharkhand government on dropping the murder charge against suspects in the Tabrez lynching case.

A total of 13 people were named in the case out of which 11 has been accused. An investigation is underway against the remaining two. Though there was evidence of the accused being linked with any right-wing organisation, the activists of the Vishwa Hindu Parishad had protested their arrest.

A few days back in Assam, a doctor was assaulted by a tea garden worker’s family and others after the worker died during treatment at a hospital in Teok Tea Garden in Jorhat. 73-year-old Dr Deben Dutta later succumbed to his injuries.

This incident once again underscores the urgent need for a special anti-lynching law in the country where acts of mobocracy are becoming the ‘new normal’.