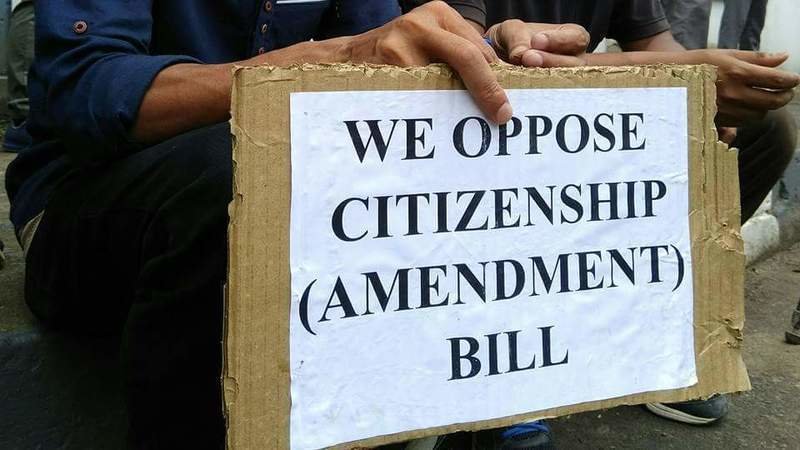 The North East Students’ Organisation (NESO) has called for an 11-hour shutdown in the region on December 10th, 2019 against the tabling of the Citizenship (Amendment) Bill in the Parliament.

The shutdown has been called from 5 am to 4 pm on December 10th, 2019. The Bharatiya Janata Party-led Union government will table the Bill in the Lok Sabha on December 9th, 2019 and is confident of passing it in both the Houses without a hiccup.

The Bill will be up for discussion on December 10th, 2019. The House has allotted four hours to discuss the controversial Bill.

The Bill seeks to give citizenship to all non-Muslim immigrants facing persecution in the neighbouring countries of Afghanistan, Pakistan and Bangladesh. The Bill was passed by the Union Cabinet on December 4th, 2019 as protests continue in the Northeast.

However, Nagaland has been kept out of the ambit of the shutdown call due to the ongoing Hornbill Festival. The Nagaland Students’ Federation will stage a demonstration in front of the Raj Bhawan on December 10th, 2019, NESO members said.

The NESO leaders also said that they are exploring the option of taking legal recourse once the Bill is passed.