At least four NEEPCO officials went missing following a burst in a water pipeline in the dam on October 7th, 2019 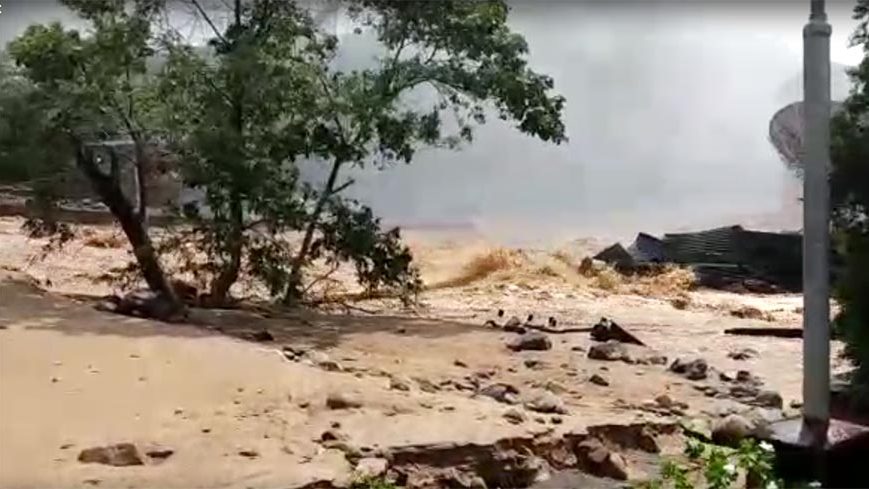 The North Eastern Electric and Power Corporation (NEEPCO) on October 8th, 2019, released water from Umrong dam of the Kopili Hydroelectric Project at Umrangso through three gates in Assam’s Dima Hasao district. The released water engulfed the maximum portion of the region and adjacent areas. As per information, the water rose 500-meter height and also caused massive landslide at the nearby hill.

At least four NEEPCO officials went missing following a burst in a water pipeline in the dam on October 7th, 2019. The missing employees were identified as Prem Pal Balmiki, Robert Baite and Joy Sing . The National Disaster Response Force (NDRF) and other rescue forces were pressed into service to rescue the missing officials. As per information, the employees were engaged in repair works when the incident took place.

The project is a 275 megawatts hydroelectric power project on the Kopili river and its tributary, Umrong stream. It was developed and is operated by NEEPCO. The project is an important project as Assam, Arunachal Pradesh, Manipur, Meghalaya, Mizoram, Nagaland and Tripura are the beneficial states.