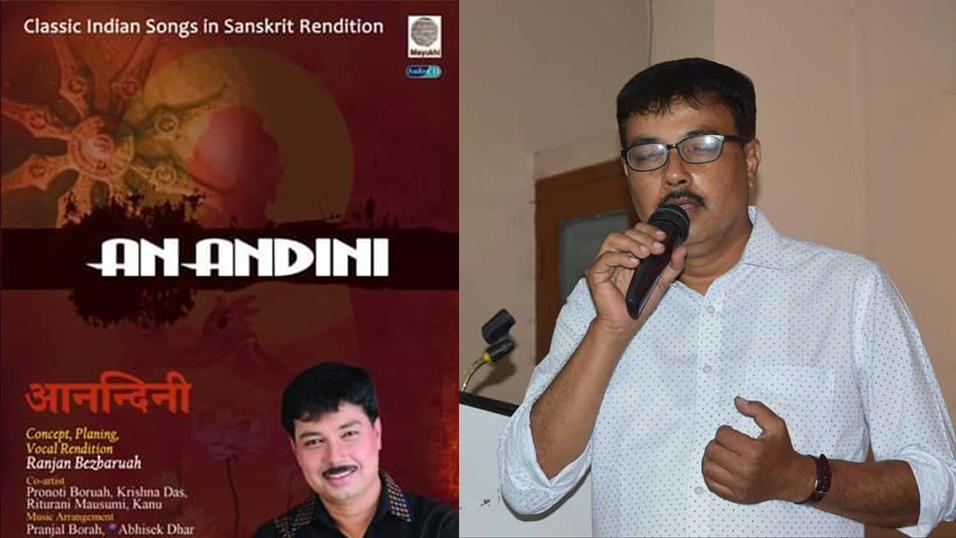 Music has no boundaries and no barriers. Following the dictum, a Sanskrit teacher from Assam’s Nagaon gave tribute to the legendary singer Bhupen Hazarika on his 8th death anniversary by releasing the Sanskrit version of the Bangladesh National Anthem.

Denying any political intention in composing the anthem in Sanskrit, Ranjan Bezbaruah, while speaking to Time8, said, “It is an attempt to popularize the language (Sanskrit) worldwide. This will also help unite the people of both the nation – India and Bangladesh.”

“Translating lyrics from any language into Sanskrit might help our society in many ways. It can help the future generations in developing an acquaintance and interest with the rich Indian languages as well as our unparalleled literary and musical heritage,” he added.

Saying that the effort might open new doors to think and work, Bezbaruah said, “It is somehow related to tourism and cultural exchange also. It will increase the eagerness of people to know the language and the cultures.”

Anandini, the album comprising of 11 songs was released in Nagaon on November 5, 2019. Renowned poet P Saikia was also present during the release of the album. The Bangladesh national anthem Aamar Sonar Bangla, written by Rabindranath Tagore, featured in the album as ‘Ayee Swarnila-Bangla’ while the state anthem of Assam ‘O Mor Aapunar Dex’, written by well known Assamese litterateur Laxminath Bezbaruah, featured as ‘Aho, Atmanah Desha’.

Bezbaruah, while informing that the complete album will be released in January 2020, said, “The work for this album was started in 2013. After an enormous effort of the people associated with the project, I hope we will be able to release the album in January next year and people will love it.”

Bezbaruah, Pronoti Baruah, Krishna Borah and Riturani Mausumi lend their voices in the album, which is a Sanskrit Rendition of classic Indian songs, while music was arranged by Pranjal Borah and Abhishek Dhar. Siddhidatri Bharadwaj, Alok Kumar, Narayan Dutta Mishra and Bezbaruah himself wrote the lyrics for the album.