‘Laden’ To Be Radio-Collared Before Translocation: Parimal Suklabaidya 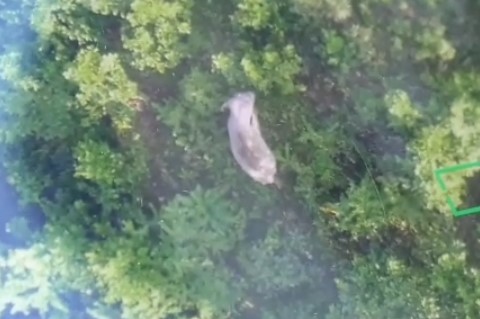 Assam forest department has finally issued an order to tranqualise the rogue elephant named after Osama bin Laden, which killed five persons in a single night in Goalpara district of Assam triggering panic among residents. A meeting on the issue was chaired by Assam Forest Minister Parimal Suklabaidya.

“After a detailed discussion, it was decided that the elephant would be tranqualised and translocated to a safer location. Before translocating the jumbo, it will be radio-collared so that we can monitor its movement,” he said.

The elephants crushed to death three women, an 11-year old boy and a 70-year old man in Bataitari, Santipurnigam, Paschim Matia, Hidhabari and Hahsorabri villages on the intervening night of October 29th, 2019 and October 30th, 2019. Assam Chief Minister Sarbananda Sonowal has announced an ex-gratia of Rs 4 lakh each to the next of kin of those killed in the attack.

Drone cameras located the male elephant at Chatabari reserve forest in western side of Goalpara on November 1st, 2019. Suklabaidya also mentioned that the elephant is presently not in a state of musth, which is caused by a sudden rise in reproductive hormones.