Ayodhya Verdict: India On Edge As SC To Deliver Its Historic Judgement Today

Section 144 of CrPC has been clamped in entire Uttar Pradesh, Jammu and Kashmir and Goa 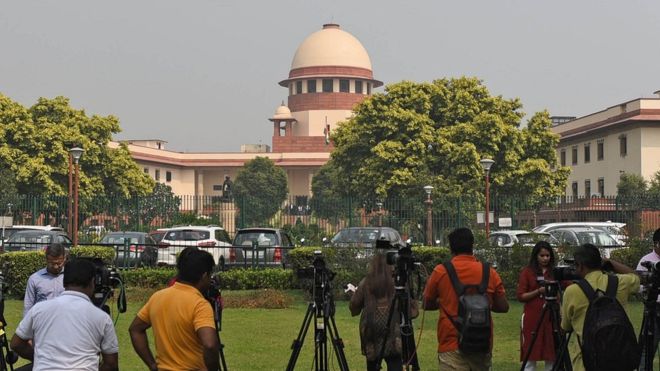 The Supreme Court is expected to pronounce its judgment in Ayodhya’s Ram Janmbhoomi-Babri Masjid title suit at 10:30 am on November 9th, 2019. Ahead of the much-awaited verdict in the historic Ayodhya land dispute case, security has been tightened across the country. Heavy bandobast has been put in place in Uttar Pradesh in wake of the verdict.

The Ayodhya dispute is a political, historical and socio-religious debate in India, centred on a plot of land in the city of Ayodhya, Uttar Pradesh. The issues revolve around the control of a site traditionally regarded among Hindus to be the birthplace of the Hindu deity Rama, the history and location of the Babri Masjid at the site, and whether a previous Hindu temple was demolished or modified to create the mosque.