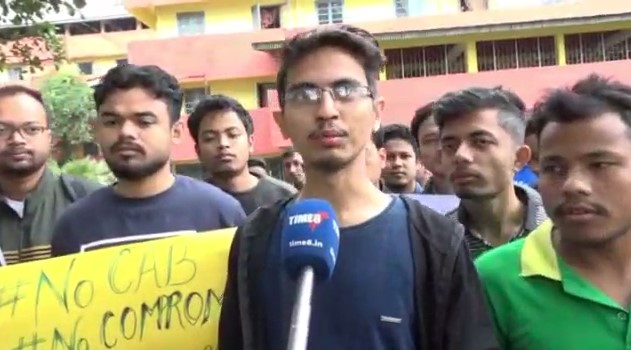 In wake of protests against the controversial Citizenship (Amendment) Bill across Assam, the Dibrugarh University (DU) students have ‘banned’ the entry of Chief Minister Sarbananda Sonowal for his alleged silence on it. The varsity is Sonowal’s alma mater.

Speaking to Time8, Rahul Chetry, general secretary of the Dibrugarh University Post Graduate Students’ Union (DUPGSU) said that the decision to ban Sonowal was taken as the Chief Minister had remained silent on the Bill. Dibrugarh was once Sonowal’s home constituency.

“The people of the state should join hands and protest against the Bill. It’s time to launch a movement against the decision of the Centre. Prime Minister Narendra Modi and Jatiya Khalnayak (national villain) Sonowal are forcefully trying to dump the Bill on us,” said Chetry.

The DUPGSU had last year too ‘banned’ Sonowal’s entry into the varsity campus. The students demanded that the Bill should be repealed or Assam should be excluded from the ambit of the Bill.

He added, “Sonowal being a student of the varsity has embarrassed us by supporting the Bill. From now on, we will address him as Jatiya Khalnayak and not as Jatiya Nayak (national hero). We ban his entry to the varsity from where he started his political career.”

On November 30th, 2019, the students of Cotton University took out a torch rally against the Bill and sought immediate scrapping of the controversial “anti-Assam” Bill.