Earlier, 13 motorcycles were recovered from the Guwahati Railway Station 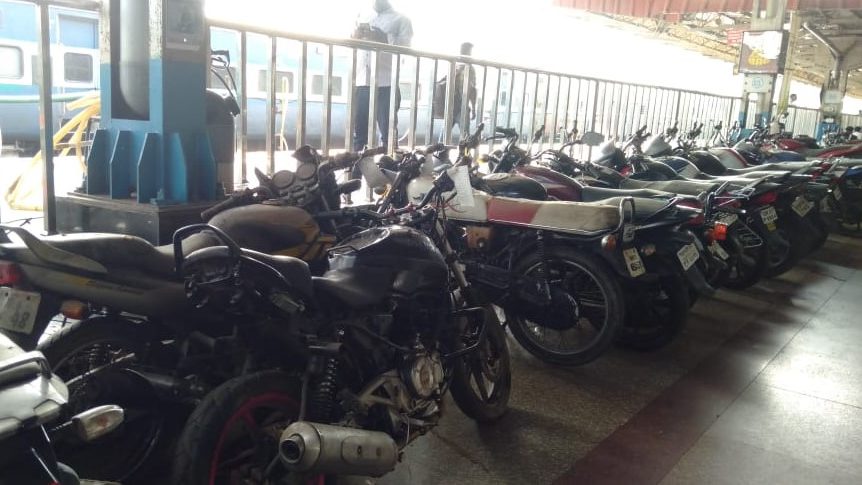 Railway police in Guwahati recovered 29 stolen motorcycles on October 6th, 2019 which were allegedly on their way from Delhi to Manipur via Guwahati.

“We have inputs based on which we launched an investigation. The 29 motorbikes were seized from the parcel office. After checking the papers, we got to know that the bikes were stolen from Delhi,” said Rajveer, the Superintendent of Police, Government Railway Police, Assam told media persons in Guwahati.

It may be noted that the railway police recovered 13 stolen motorcycles last week from the parcel office at the Guwahati railway station after they arrived on the New Delhi-Guwahati Poorvottar Sampark Kranti Express.

Earlier, Railway police arrested two persons from Manipur in relation to the stole bullets case. Upon investigation, it has been revealed that the bikes were lifted from Hauz Khas, Jamia Nagar, Hari Nagar and others in New Delhi between June and August this year.