In September 2018, the Supreme Court held that a centuries-old ban on entry of women and girls aged 10 to 50 in Sabarimala was illegal and constitutional 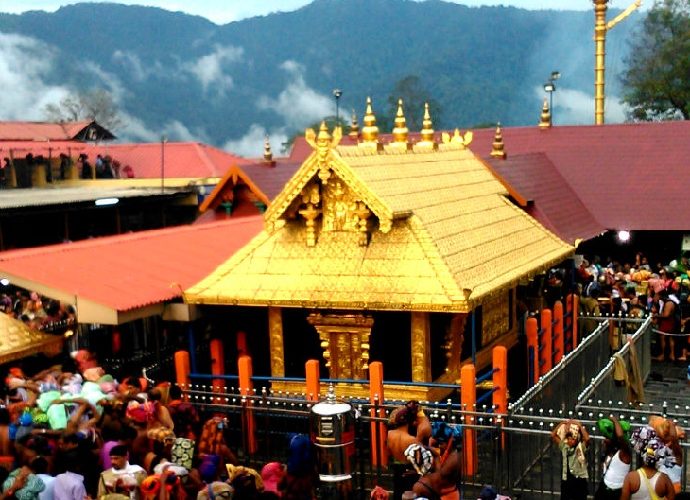 The Supreme Court on November 14th, 2019 referred the petitions seeking a review of its decision to allow the entry of women of all age groups in Kerala’s Sabarimala Temple to a larger seven-judge bench. There is no stay on women entering the shrine in the meantime.

“Fresh opportunities to be given to all parties,” the Chief Justice of India (CJI) Ranjan Gogoi said. The decision to send the case to a bigger bench was a 3:2 majority ruling, with Justice RF Nariman and Justice DY Chandrachud dissenting by dismissing all review pleas, as reported.

CJI Gogoi further said the question of whether women of all ages should be allowed into the Sabarimala was part of a larger debate that also includes issues like allowing Muslim women to enter mosques and the practice of female genital mutilation in the Dawood Bohra community.

On September 28th, 2018, the Supreme Court of India overturned the restriction on the entry of women, declaring it unconstitutional and discriminatory.

Post the verdict on November 14th, 2019, Lord Ayyappa Karma Samiti leader Rahul Easwar reiterated that the Hindu organisations will continue to peacefully protest if women between the ages of 10 and 50 try to enter the temple.

Participants have to post the video along with the hashtag #AssamBachao on any major social media platform and then submit its link through www.AssamBachao.in
Read more

Recently, he had uploaded some Facebook videos with the help of a friend in California in which he tried to defend himself and his actions
Read more