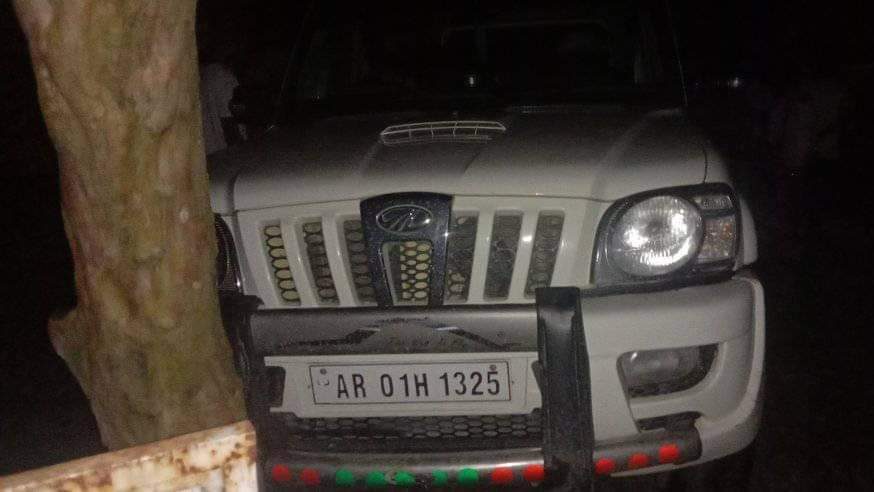 Massive protest rocked Naharlagun of Arunachal Pradesh on October 9th, 2019 after a man from Bihar was beaten to death on October 8th, 2019.

On October 9th, 2019, local residents, traders and others staged the protest outside the Arunachal Pradesh’s mini Secretariat demanding justice for the deceased Dinesh Sahani (30).

As per information, Gida Punio and Passang Sakter were on a Scorpio driven by Punio and going towards Si Donyi Ground behind Helipad, Naharlagun. One Tata Mobile van returning after immersion of Durga idols driven by one Devol Choudhary hit the Scorpio vehicle near Naharlagun Helipad. The van then hit a scooty before ramping into a wall.

A furious Punio assaulted Devol and the deceased who was with eleven other passengers on the said Tata Mobile van. As per eye witnesses, Punio later took away the key telling the driver to inform his vehicle owner to repair the Scorpio and gave his phone number too.

After the deceased complaint of some health issues, he was taken to Tomo Riba Institute of Health and Medical Sciences by his relatives. Unfortunately, he was declared ‘brought dead’ by the doctors.

“The issue should not be communalized. The incident unfortunately took place due to one vehicle hitting another vehicle. The matter should have been reported to police instead of taking law into hands and assaulting another fellow human to death,” said Capital SP Tume Amo.