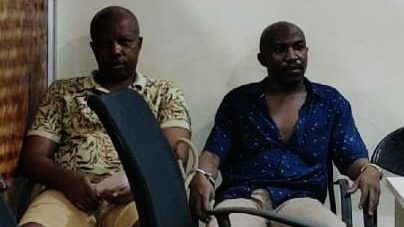 Basistha Police on August 18th, 2019 arrested two suspected foreigners in Guwahati. As per reports, the two persons, identified as Pratik from Nigeria and Ibrahim Ruman of Mali were held from Priya Lodge located in Guwahati’s Lokhra area.

As per information available, Pratik and Ibrahim have entered India without a passport and other requisite documents. They also spent a couple of months at the Central Jail here. The two, who were being taken to the hospital for medical examination, attacked a constable named Ajoy Bora and also tried to flee from the spot.

Police also seized 30 paper bundles from the possession of the arrested persons which are allegedly used for printing fake currency notes.