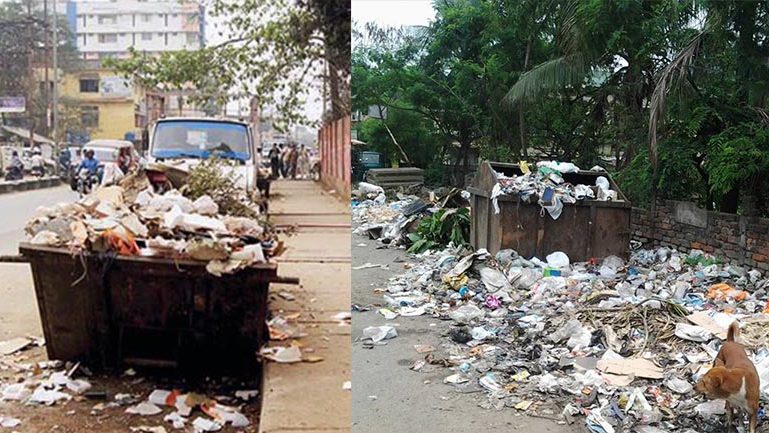 Waste management, including solid, liquid and biomedical, has become a menace in the urban areas across the world. It poses a threat to the ecological balance and also becomes hazardous for human lives. Guwahati, the gateway t Northeast India, alone generates around 550 tonnes of solid waste per day, according to the Guwahati Development Department. Many tonnes of garbage, including microplastics, never make it to landfills or incinerators.

Shifting of the West Boragaon landfill site used for dumping municipal solid wastes, which has posed a to the ecological fragility of the Deepor Beel wetland, has become a distant dream. The National Green Tribunal’s (NGT) repeated order to the Guwahati Municipal Corporation (GMC) to shift the ground and the green crusaders’ demands for the protection of the biodiversity in the region went in vain.

The tribunal, on April 29th, 2019, ordered the municipal body to shift the landfill site within two months. The Principal Bench of the NGT also directed the body to file an affidavit on the steps that it will take into the matter.

But, no pragmatic move has been observed even after five months of the order. However, the body once decided to shift the site to Chandrapur area, on the outskirts of the city but faced the wrath of the locals of the region.

In 2015, bowing to the spontaneous pressure from the wildlife activists, the then Kamrup Metro Deputy Commissioner, M Angamuthu directed the GMC to shift the garbage disposal site to other location. The district administration had also alluded to shift the site to Bonda.

Landfills are seedbeds of methane and other greenhouse gases, which contribute to global warming. These toxic chemicals are the root cause of pollution and diseases. Nearly 60 per cent of the household waste in India is wet organic waste.

Adoption of scientific measures and comprehensive waste management policy for waste disposal without harming the ecological balance and the human lives is the need of the hour. The government has to design incinerators that are suited to Indian conditions. These concerns should be addressed earnestly and urgently for a better future.