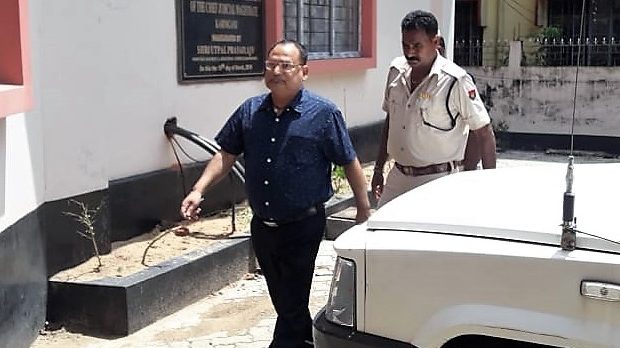 Former Deputy Commissioner of Karimganj, Pradip Kumar Talukdar has been sent to two-day police custody. He was produced in the Chief Judicial Magistrate court in Karimganj on August 19th, 2019.

Talukdar, an Assam Civil Service officer, was arrested for his alleged involvement in a multi-crore land scam associated with a Central government project. He was taken to Karimganj district after the police arrested him from his Guwahati residence on August 18th, 2019. He was the Deputy Commissioner of Karimganj when the alleged incident of graft took place.

As per information available, Talukdar has been accused of siphoning off the money that was meant to compensate the local people whose lands were acquired by the Land Ports Authority of India for a border trade project at Sutarkandi.

Talukdar was suspended on July 19th, 2019. Prior to his suspension, he was serving as a secretary in the Cooperative Department.