This Assam District Shows How To Serve Food In Banana Leaf 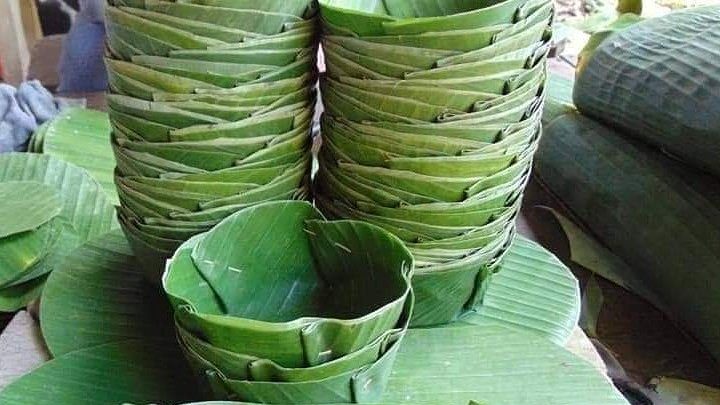 With Prime Minister Narendra Modi announcing that the Single-Use Plastic (SUP) will be banned on October 2nd, 2019, the Baksa district of Assam has taken the initiative of discarding plastic and instead use plates and bowls made of banana leaves.

Under the flagship of Swachh Bharat Mission – Gramin, Assam, Baksa PHE in a bid to sensitize people about the hazards of plastic use is motivating people to save money by using bowls and plates made of banana leaves that are easily available in the villages for any occasion.

A photo of plates and bowls made of banana leaves was tweeted by the Swachh Bharat Mission-Gramin, Assam’s showing the efforts of Baksa PHE in sensitizing the community to be eco-friendly. The tweet received many positive feedbacks and many called it a “good alternative instead of plastic plates.”

Also, a photograph with a scoop of ice-cream in a cup of made of banana leaf went viral on social media earlier this month. The picture garnered a mixed reaction from all over the country and abroad due to its uniqueness. The pink coloured scoop of ice cream served in an eco-friendly cup with a bamboo spoon won the hearts of the nature lovers.

It may be mentioned, Prime Minister Narendra Modi on his Independence Day speech this year announced that there will be a ban on a number of single-use plastic items on October 2nd, 2019, the birth anniversary of Mahatma Gandhi.

The move is a part of an ambitious drive against SUP under the theme ‘Shramdaan’. This initiative will include a total ban on SUPs, the Textile Ministry will ramp up production of jute bags, all gram sabhas to be plastic-free by the year 2022 and many more.