68th Plenary Session of North Eastern Council: Bags made of eco-friendly items like jute were handed over to the attendees 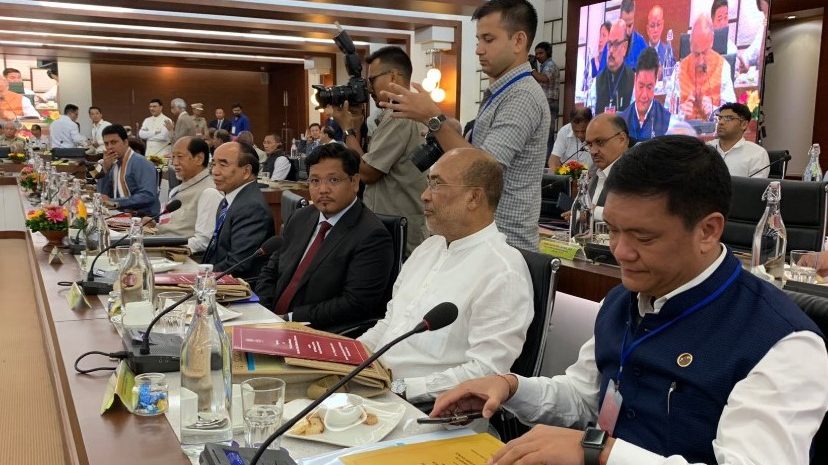 Parivartan (Change) is here and how! Plastic bottles are a common sight during meetings. However, in a welcoming change, glass jars, glass bottles and glasses were spotted on the first day of the 68th Plenary Session of North Eastern Council (NEC) on September 8th, 2019.

Instead of plastic files, bags made of eco-friendly items like jute were handed over to the attendees.

The NEC meeting is underway at the Administrative Staff College in Khanapara. The meeting has been attended by the MoS (Independent Charge), Ministry of Development of North Eastern Region and Vice Chairman NEC, members of the NEC consisting of the Governors and Chief Ministers of the eight Northeastern states and other members. The meeting will be chaired by Union Home Minister Amit Shah.

Prime Minister Narendra Modi has called for a ban of single-use plastic (SUP) in the country. He also urged the citizens to start a revolution against SUP on Mahatma Gandhi’s 150th birth anniversary on October 2nd, 2019. Modi has also appealed the corporates to help phase out SUP.

In a bid to beat the plastic menace and make Shillong cleaner and greener, Meghalaya Chief Minister Conrad Sangma on September 7th, 2019 launched #ShillongMyPassion campaign in the state’s capital Shillong. Meghalaya aims to become plastic-free by 2022.

Assam generates around 3 lakh kilogram of plastic waste every day. It’s time we switch to eco-friendly products to conserve the environment.